Bet every single one of you have heard someone say “Find a job doing something you’re passionate about and you’ll never work a day in your life”. Well that’s a load of bull but I have been extremely lucky to be able to earn a living doing what I am passionate about. It’s a lot of work but it’s been incredibly rewarding. For the past 6 years I’ve been creating, putting together and hosting adult beer league hockey sports tournaments all over the world. I really am a professional beer league player. My professional beer league career has taken me to places I only ever dreamt about visiting much less playing hockey at. These are the top 5 kick ass places I’ve been that you definitely need to go to play some puck.

I know you’re thinking you obviously haven’t been to many places if Omaha is on your list. But until you go, you won’t realize there is a crazy kick ass hockey culture in Omaha. In terms of number of hockey rinks per capita Im gonna say Omaha has to be way up there. It’s a small city where almost every one seems to want to play hockey. Now being the location of the first ever Draft Experience by The Tournament Company didn’t hurt Omaha’s chances of making the list and neither did Oklahoma Joes, WingStop, and Qdoba being less than 5 mins from a rink either. If you’ve never heard of a Draft Experience you need to get on board.  Here is how we draft teams for these events. PS IT INVOLVES BEER CHUGGING. These are official events of the Beer League Players Association so basically you’re not a real beer league hockey player until you’ve played in one.

Plus I had to list Omaha to show you my playing card to prove I am in fact a professional beer leaguer. 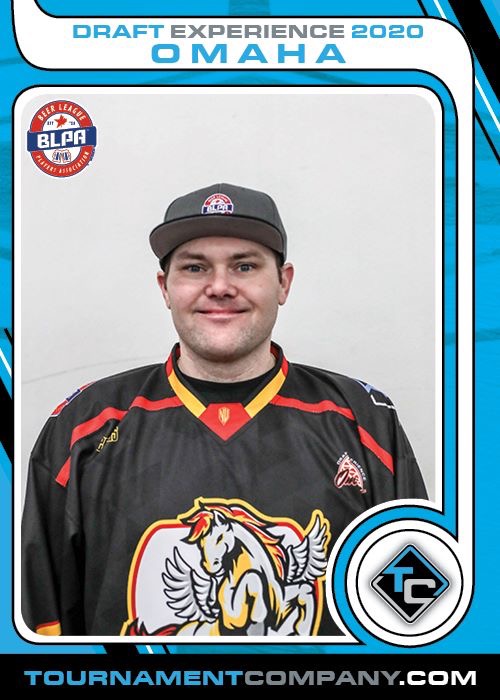 There is something about playing on hallowed grounds that engrains those moments into your brain. That’s why Toronto is on the list. In Toronto I was lucky enough to play in Old Maple Leaf Gardens. 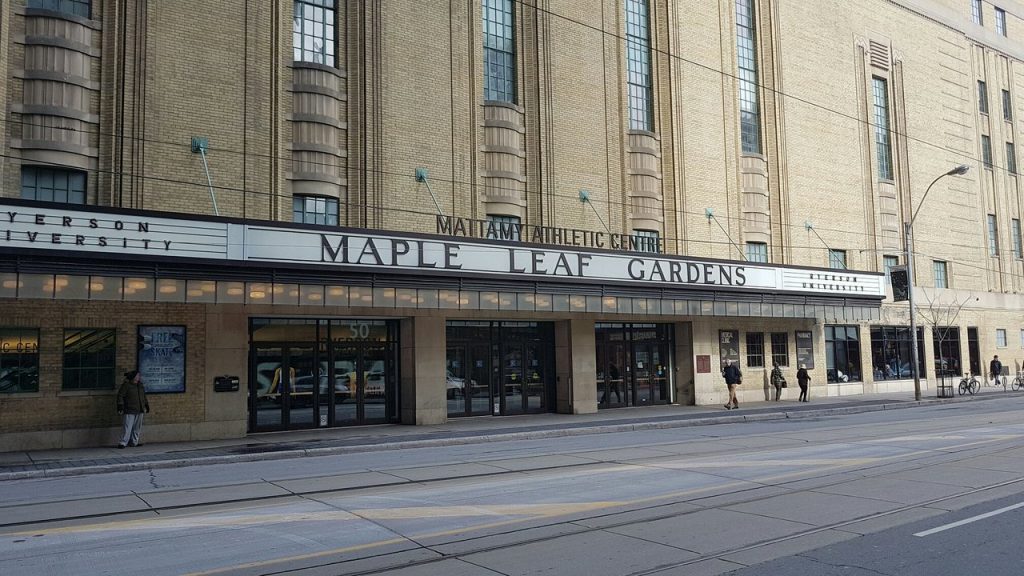 Now it’s the original original place the Leafs played but it is the original building. “The Gardens” now is home to Ryerson University’s sports teams and their rink is on the second floor. It’s a beautiful arena and you get to technically say I played where the Leaf greats played.. no not Justin Bieber. 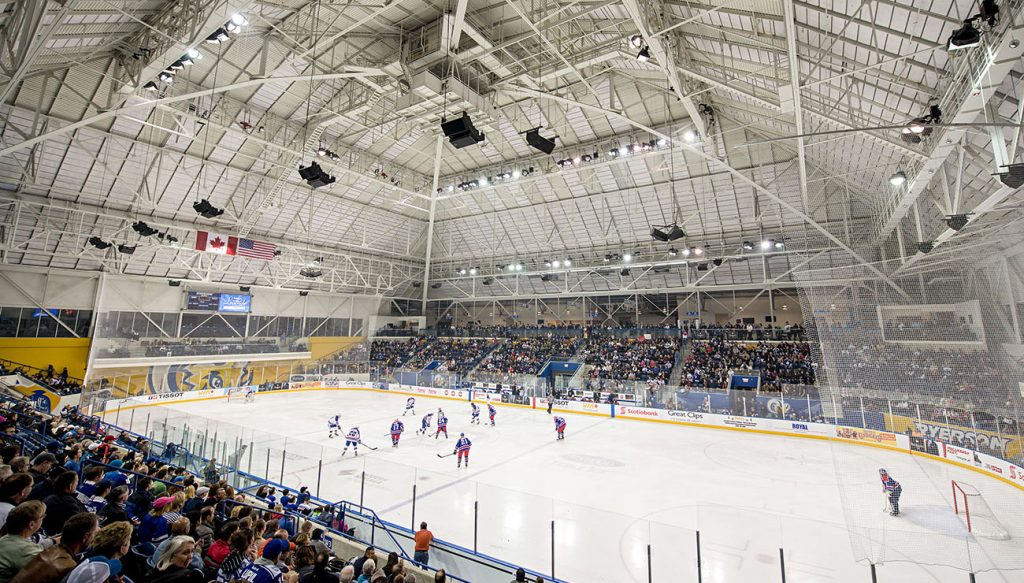 The original place the Leafs played is on the bottom floor and is now a Loblaws grocery store. You are treated with old stadium chairs when you enter and yes you can find the original face-off circle in the canned meats aisle. 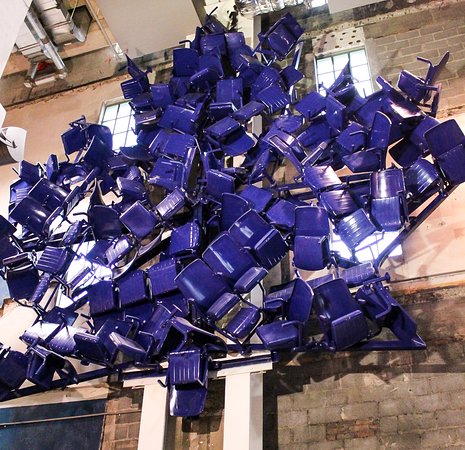 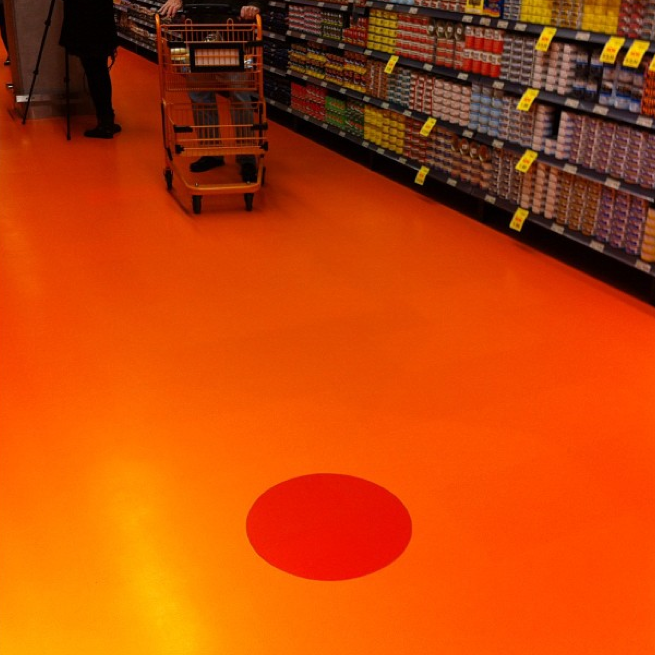 Being a good American kid I love Boston for the history of the city and its importance to the existence of the United States. That’s why Boston makes it on this list. I did get to play at the Bruins Practice facility, Warrior Ice Arena. Yes, it’s incredible

But the city is what makes this one of the best places to travel to for hockey. Whether its walking the freedom trail or checking out the Red Sox there is something to do for every one in Boston. A big part of traveling for me is the different cuisine. So when you go to Boston you have to eat Lobstah Rolls. Neptune’s Oyster is where its at for me. Be warned if you go in a group it’s gonna be a wait. This place fits like 30 people, maybe 40 tops. I went three times with groups and was quoted over 2 hours to wait. We chose not to. So when I went to Boston solo I was lucky to enough to be seated right away so I order some fresh oysters and the Lobster Roll. They asked if I wanted the cold one or the warm one. In true Beer League Players Association fashion I responded with, “Why Not Both”?  I got some dirty looks for being a glutton but I ate both of them. 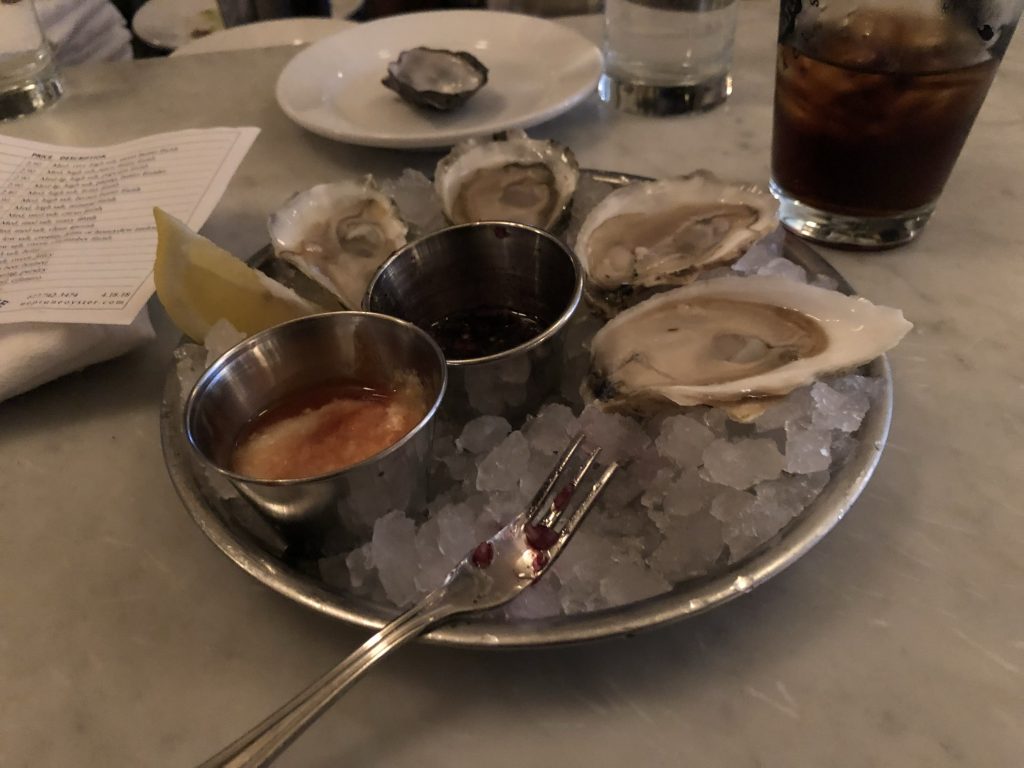 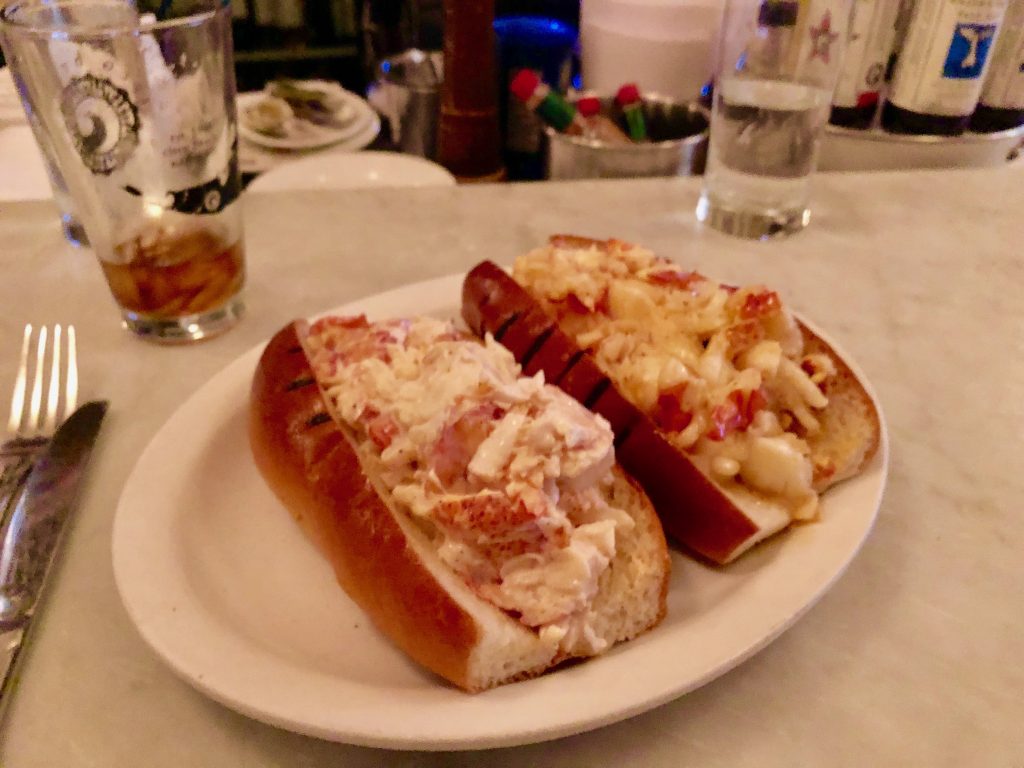 PS the hot ones are better than the cold ones.

In 2016 I dreamt up a competition that would give one beer league team in North America a chance to win over $8,000 in free gear, jerseys, and merchandise. It is one of the things that I am most proud of in my beer league crusades. The team that won the inaugural competition was a women’s team from Newfoundland. 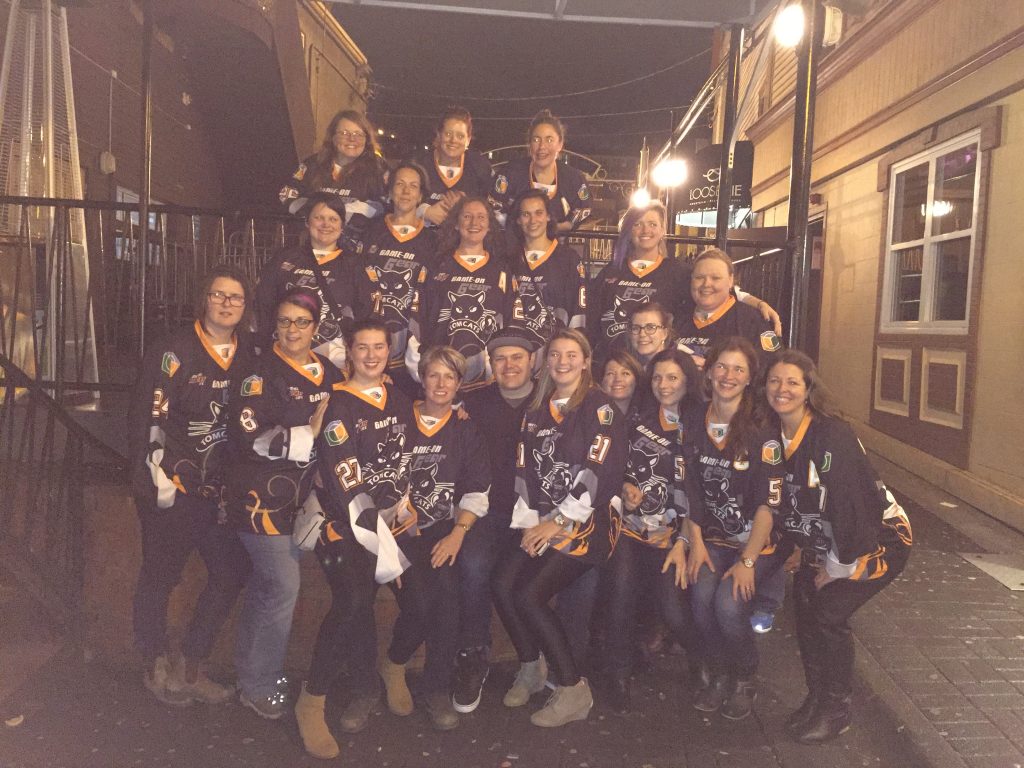 The Tomcats are an incredible beer league group and their fearless leader Deb has a passion for the sport that is matched by very few. Playing in St Johns was a pretty incredible experience. When I flew out to surprise them as the winning team I didn’t think playing was an option so I didn’t bring gear. But once they found out they won the rink was the #1 place they thought they should celebrate. Well their local pub Greensleeves…. and then the rink. 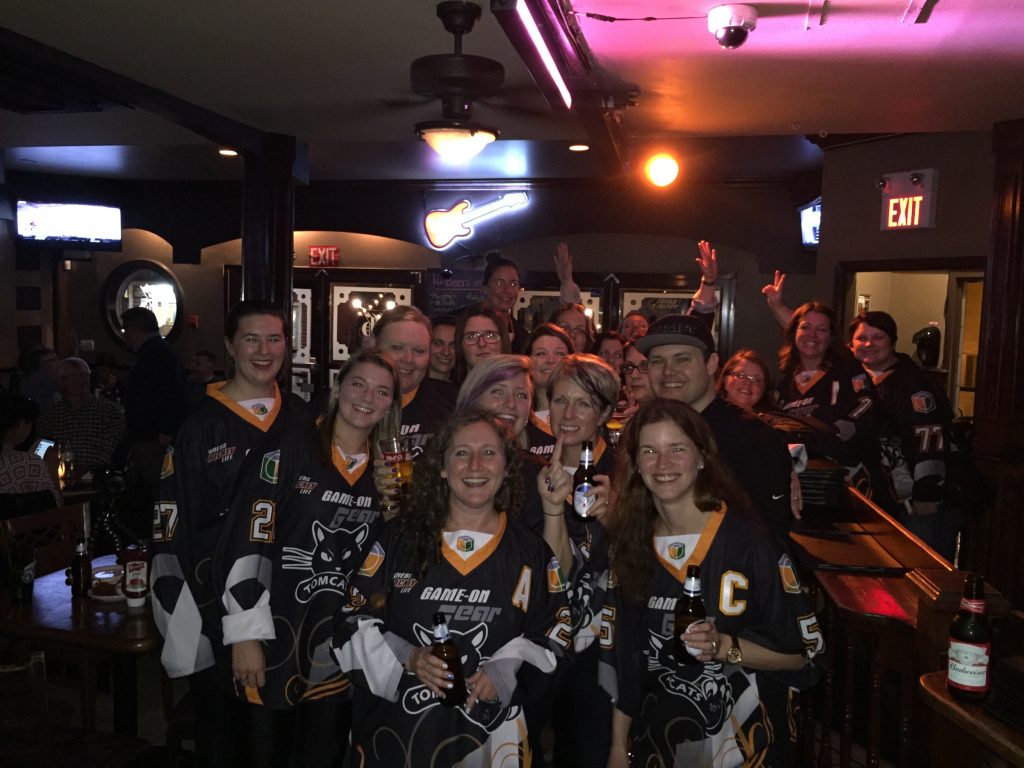 I didn’t have gear but leave it to Deb to round up a set of gear so I could join in the celebratory shinny. The hour long game ended up 1-1. I scored both goals ( I switched teams halfway through) with the game tying goal at buzzer. Sorry Cherry.

These ladies are still doing incredible things out on “The Rock”. I can’t wait to get back to play.

Oh and the food there is incredible too and they have a beer … made from Iceberg water! 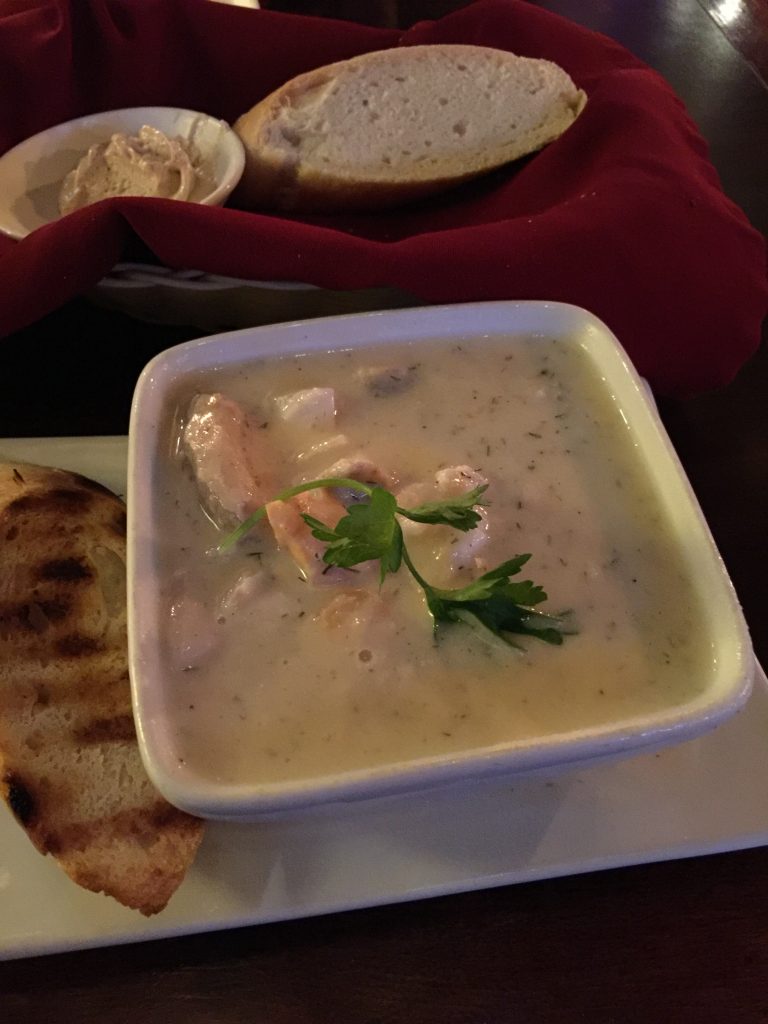 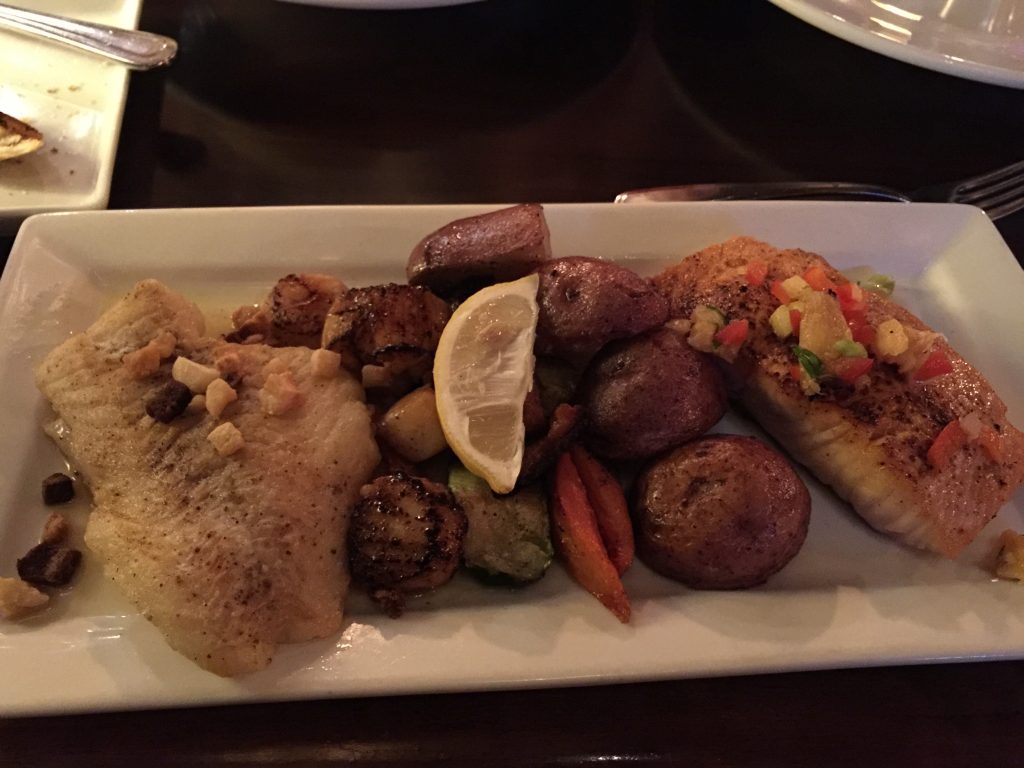 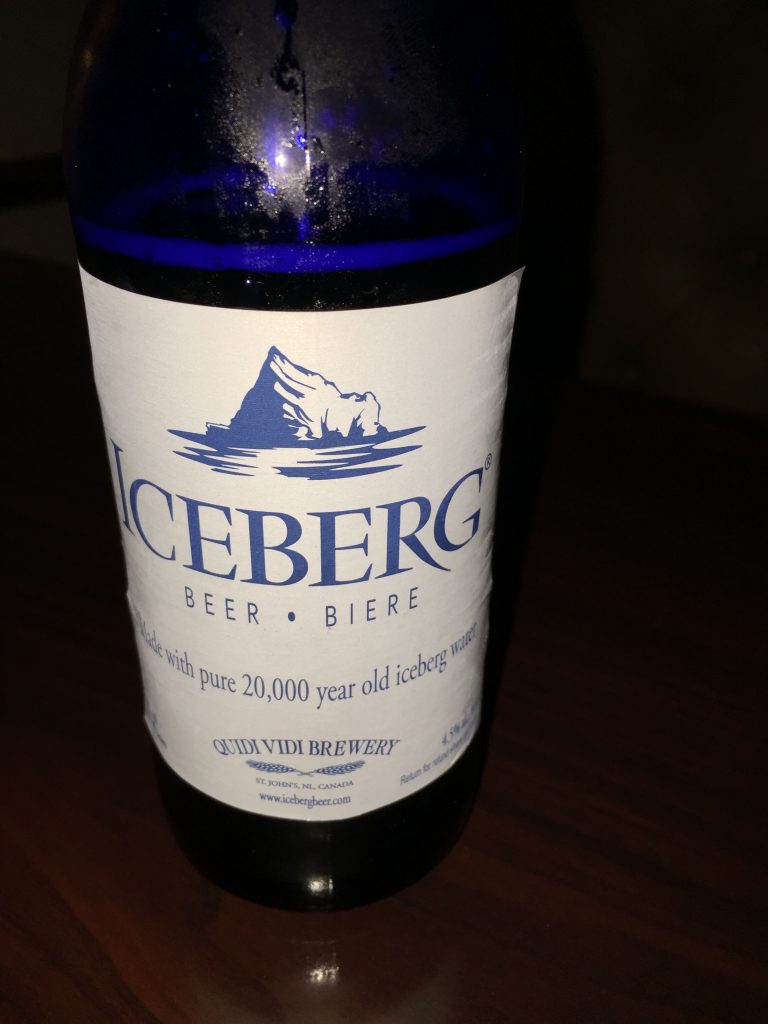 My first trip to Europe and a week I will never forget. As I mentioned earlier I love history. American history is cool but my bag is Ancient Roman history. I was the president of the Latin club in high school. I can understand some of the things that the Pope says. I love everything Ancient Rome. What does Rome have to do with playing hockey in Salzburg Austria you ask?

Well let me tell you. This hockey trip to Salzburg started with a 36 hour layover in Rome. It was my first time and I took full advantage. I had a private tour of the Palatine Hill Museum, visited the ruins of what is considered the first athletic stadium, and ate at a restaurant that used a 2,000 year old recipe. It was marvelous. I tell the story about the restaurant, Hostaria Antica Roma in a Nick & Co Podcast. Right now in this blog, in front of God and everyone,  I guarantee you I will host a hockey tournament in Rome one day. Who is with me? Until then check these pics out. 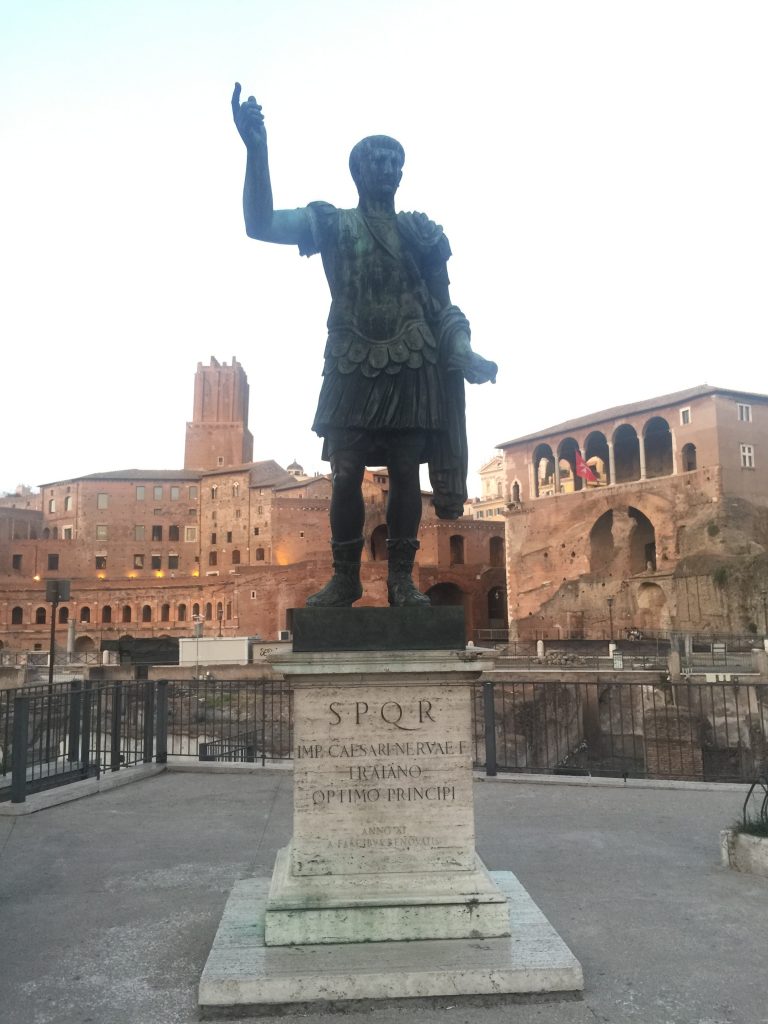 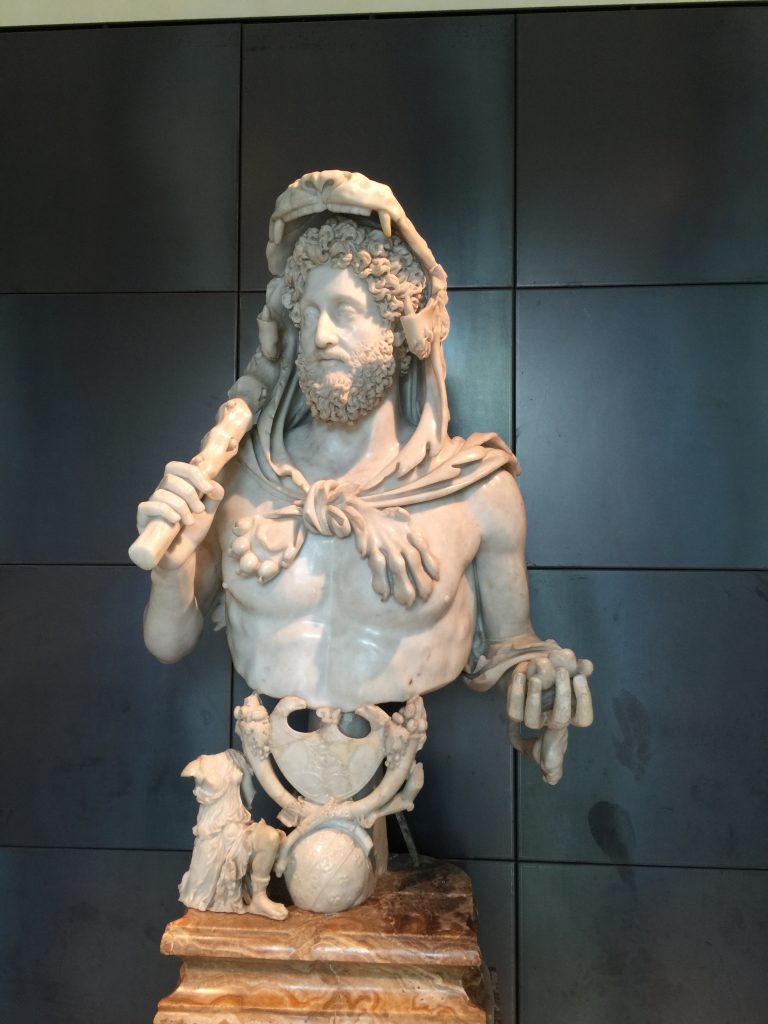 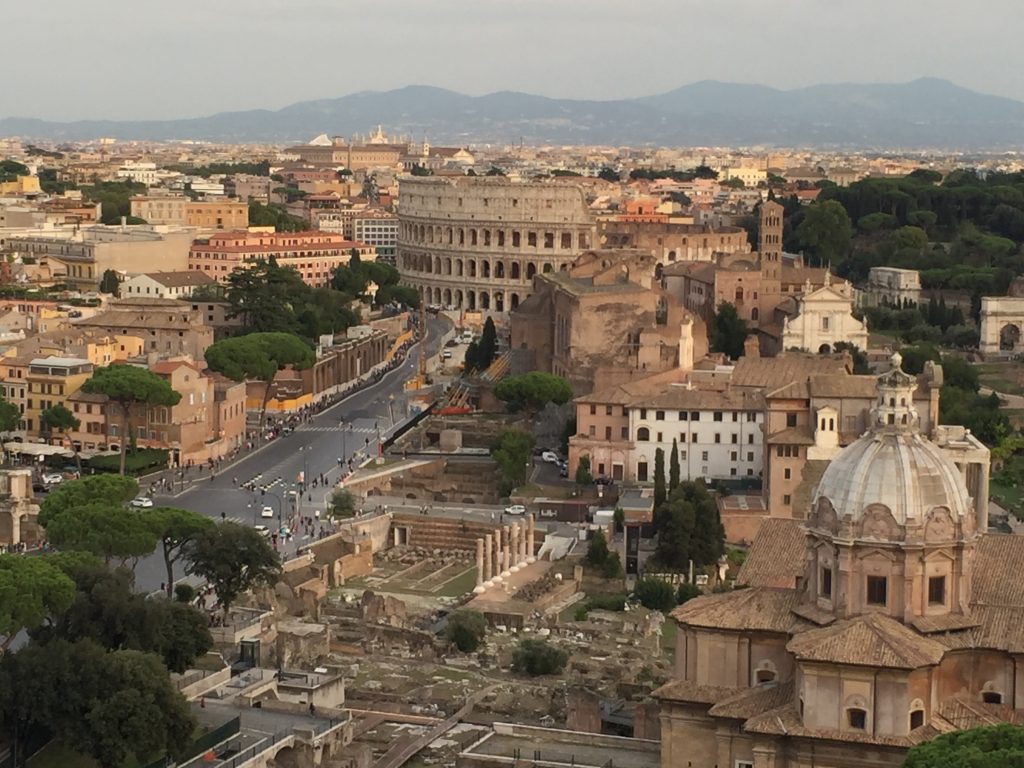 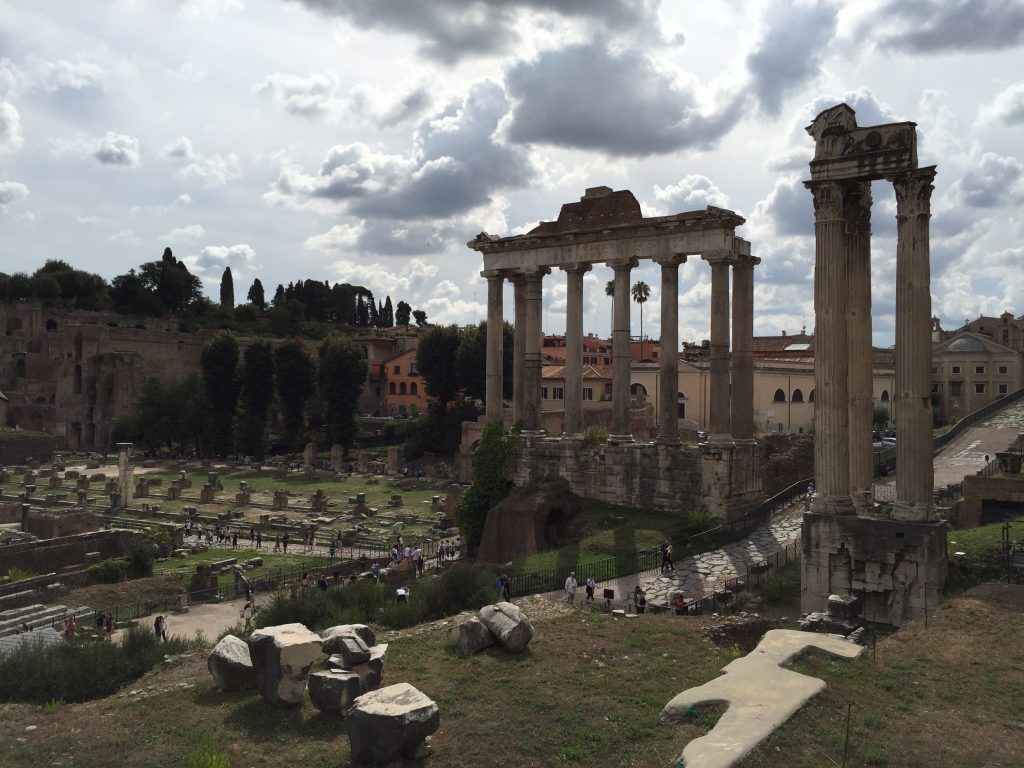 This isn’t the 2000 year old recipe but it was at the same restaurant. And this is my favorite dish in Rome. I had Carbonara 4 out of my 6 meals in Rome. I am such a tourist. 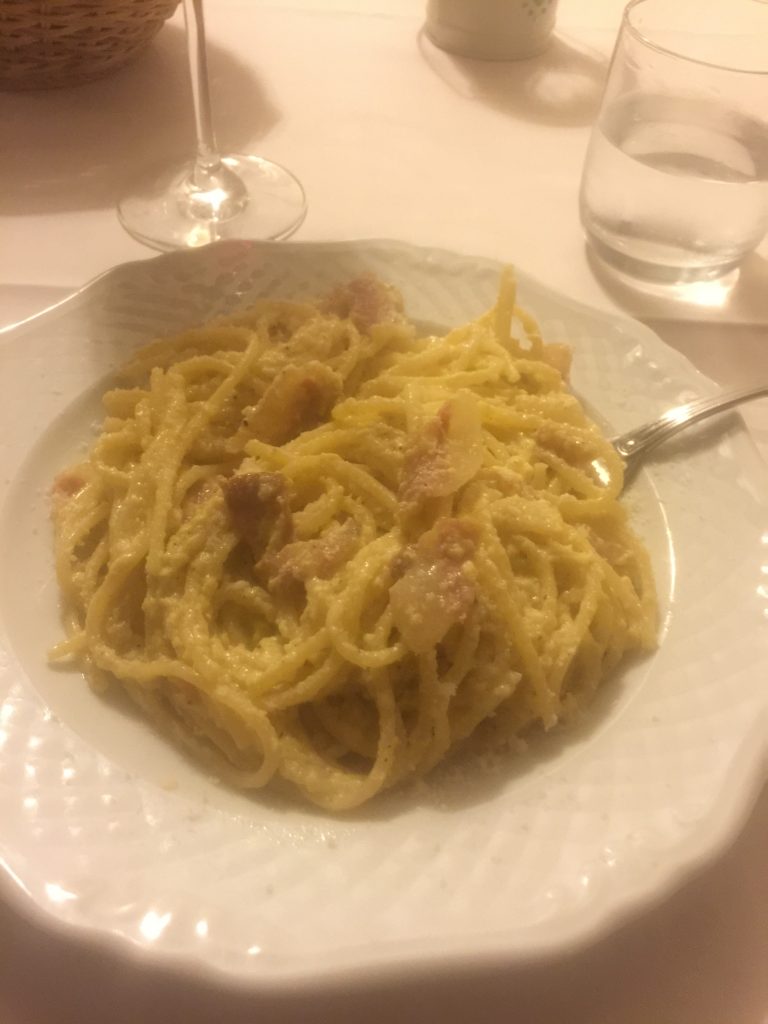 Ok on to why Austria is top 2 in my list of locations that I’ve traveled to play hockey. Easy. 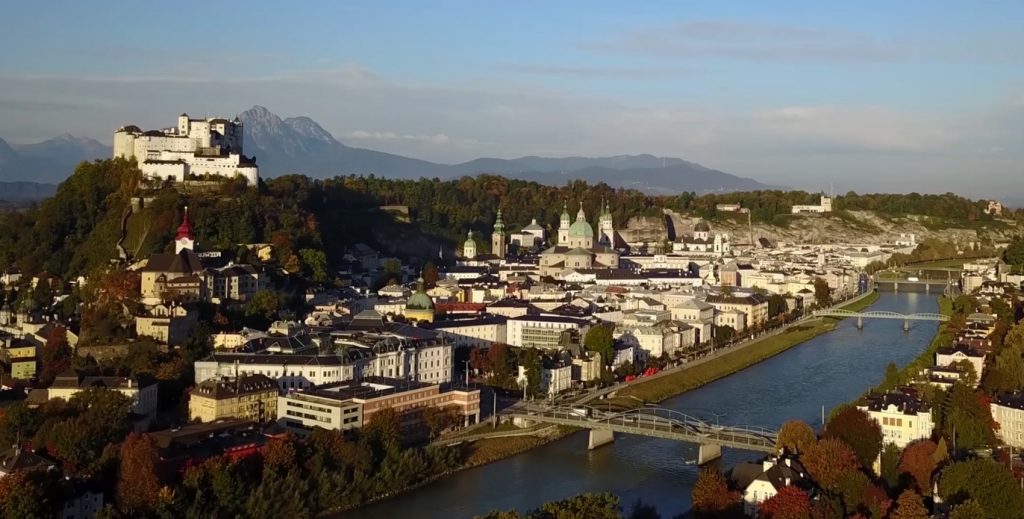 That is Salzburg and view from my old friend, Drone Iginla. (RIP DRONE IGINLA, gone but not forgotten). About 300′ below this view I was playing hockey on an outdoor rink while it was 70 degrees outside. The craziest part about all of this is that there wasn’t even any ice on the pad 2 days before we were scheduled to play but that’s a story for another podcast.. maybe the next one.

In-between my 36 hours in Rome and playing hockey in Salzburg I was in Munich. One thing that keeps the Salzburg hockey trip from reaching number 1 is the regret of not spending more time in Munich. Oktoberfest was in full swing as I was passing through and there isn’t a doubt in my mind that drunken shenanigans in Munich would have raised the bar on this trip… if I was able to remember them that is.

Going to Japan has been at the top of my bucket list for a long time. Ever since I had an emergency appendectomy surgery and announced to my wife I was going to play hockey there one day. I had never even skated at this point in my life and didn’t even know I wanted to go to Japan… The pain meds they gave me before my emergency appendectomy were apparently great.

If you’ve never been to Japan. GO! I’m serious. It was incredible I had all the sushi, I stayed in the red light district (Shinjuku), I crammed my body into trains with 100’s of other people, I experienced a Japanese baseball game (yes it was like Mr. Baseball), and I even accidentally stayed in a Japanese Sex Hotel! Want to hear that story? Let me know and I’ll tell it!

On top of that I was able to play hockey in Japan. Making it my 4th country to score a goal in.  Believe it or not there is a thriving hockey culture there. I even met a random high school kid walking around the streets with hockey gear. Neither of us spoke each other’s language but we both understood the word hockey. It was rad. 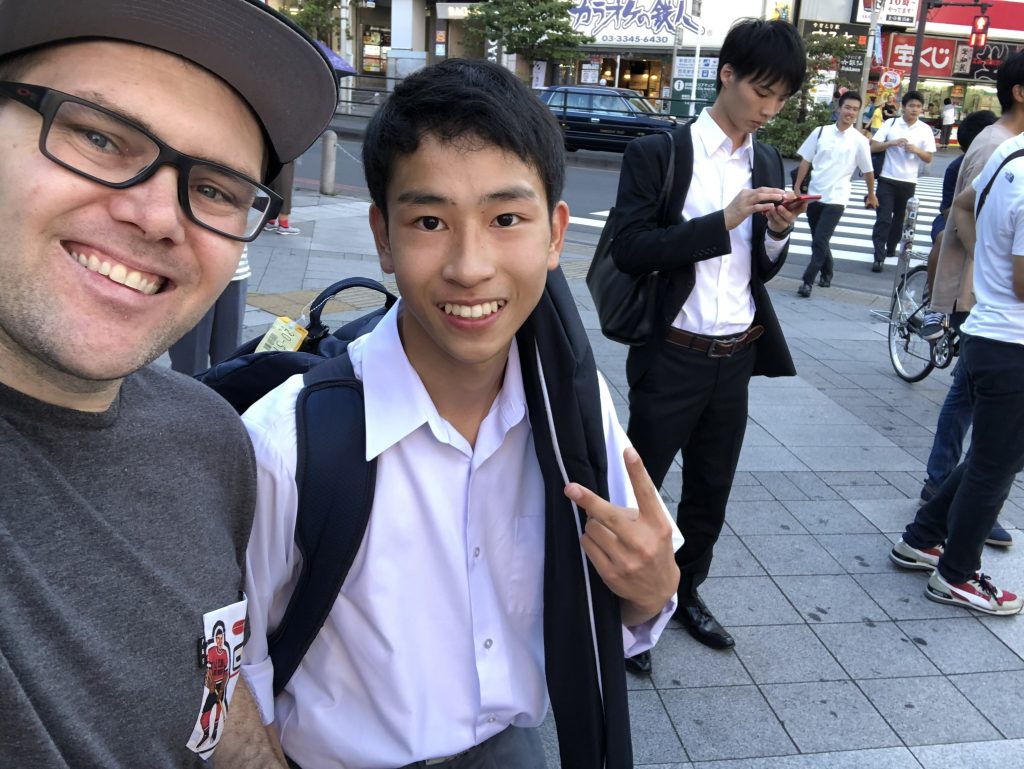 Here are some pics of my experience. 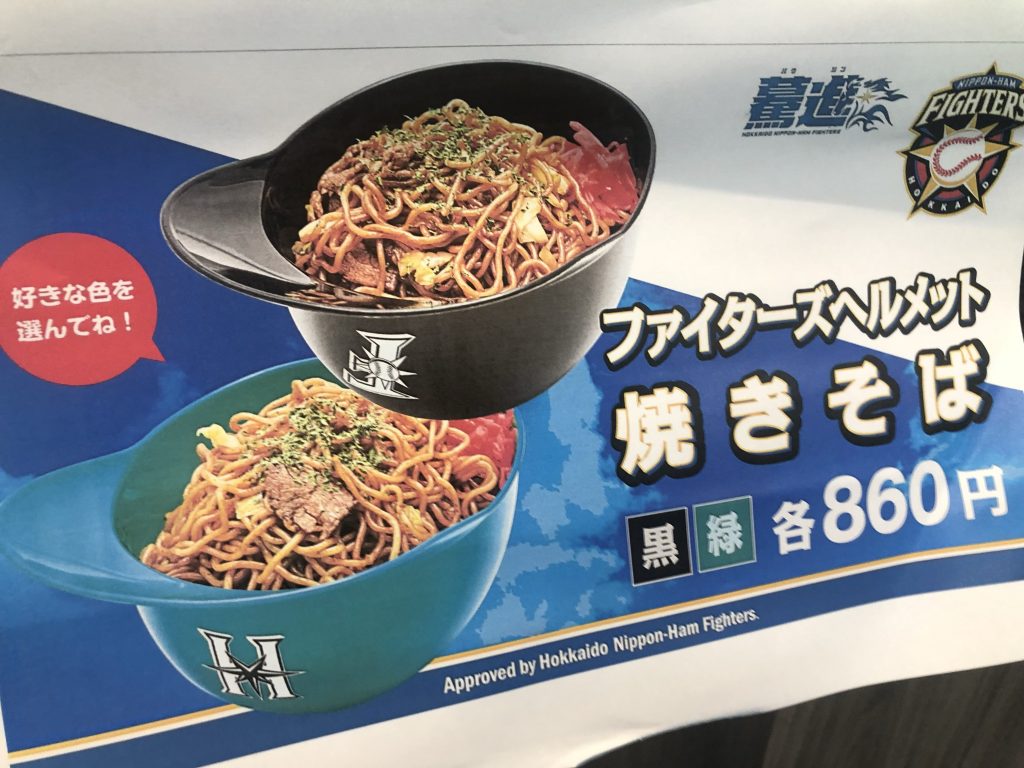 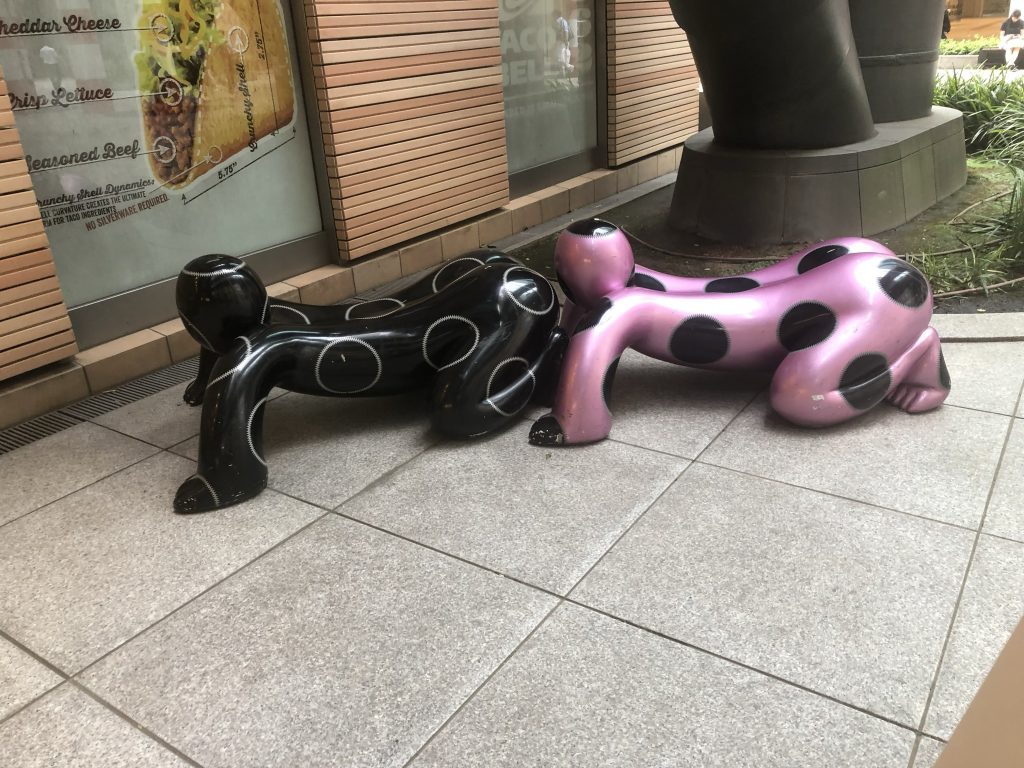 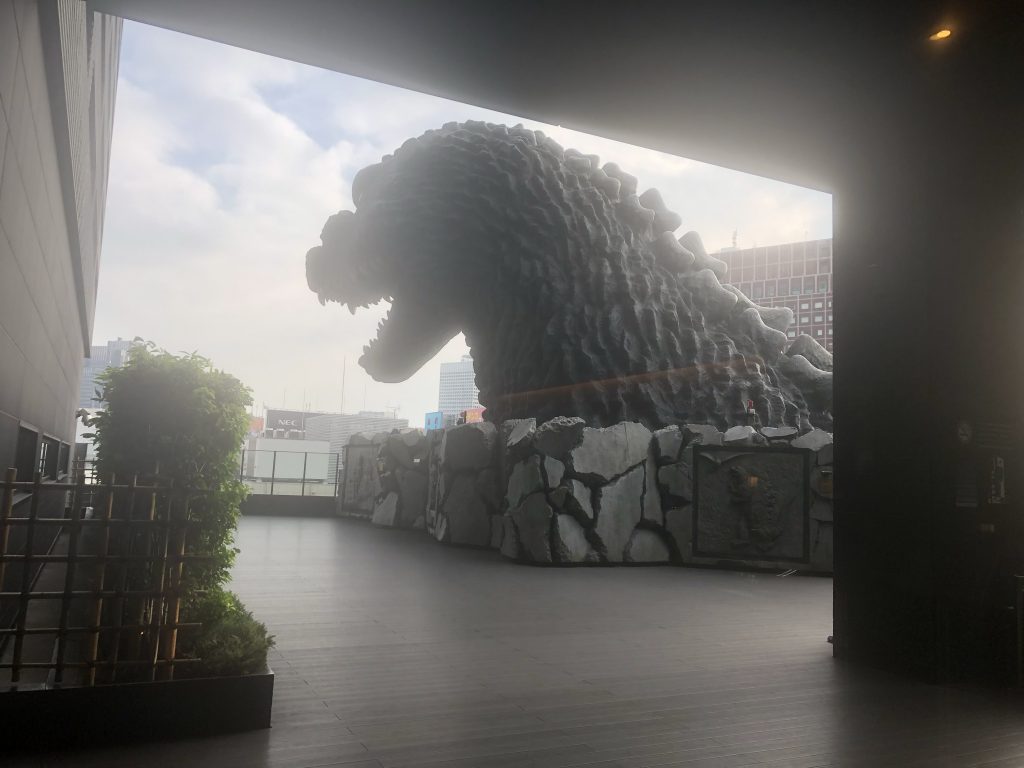 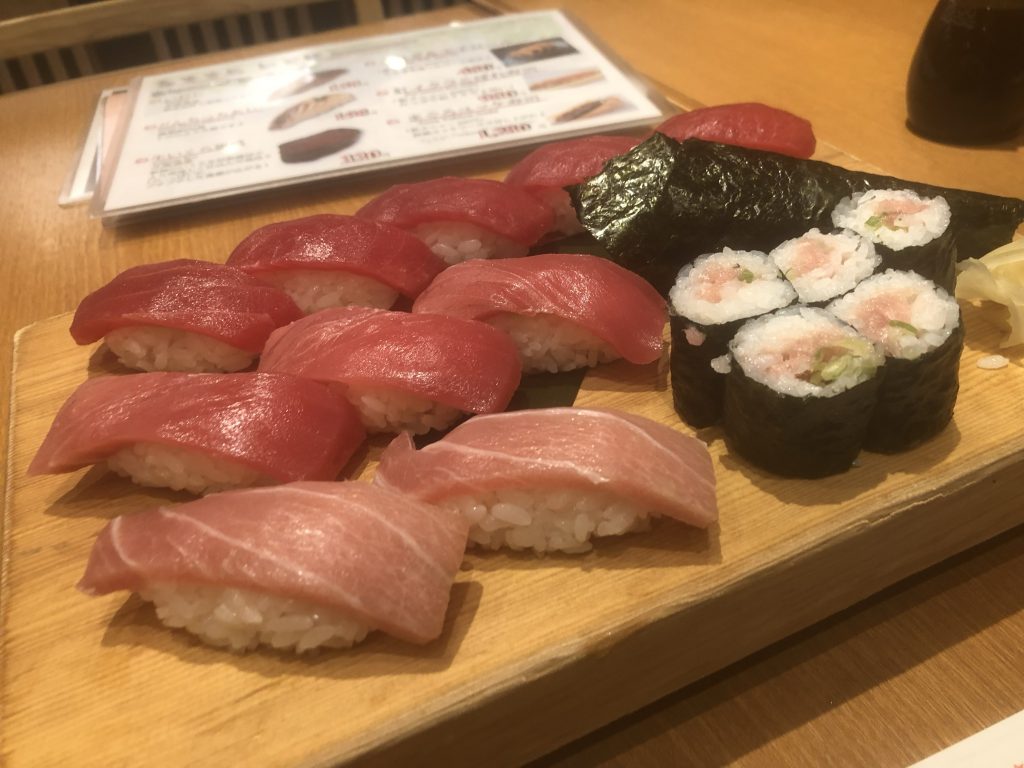 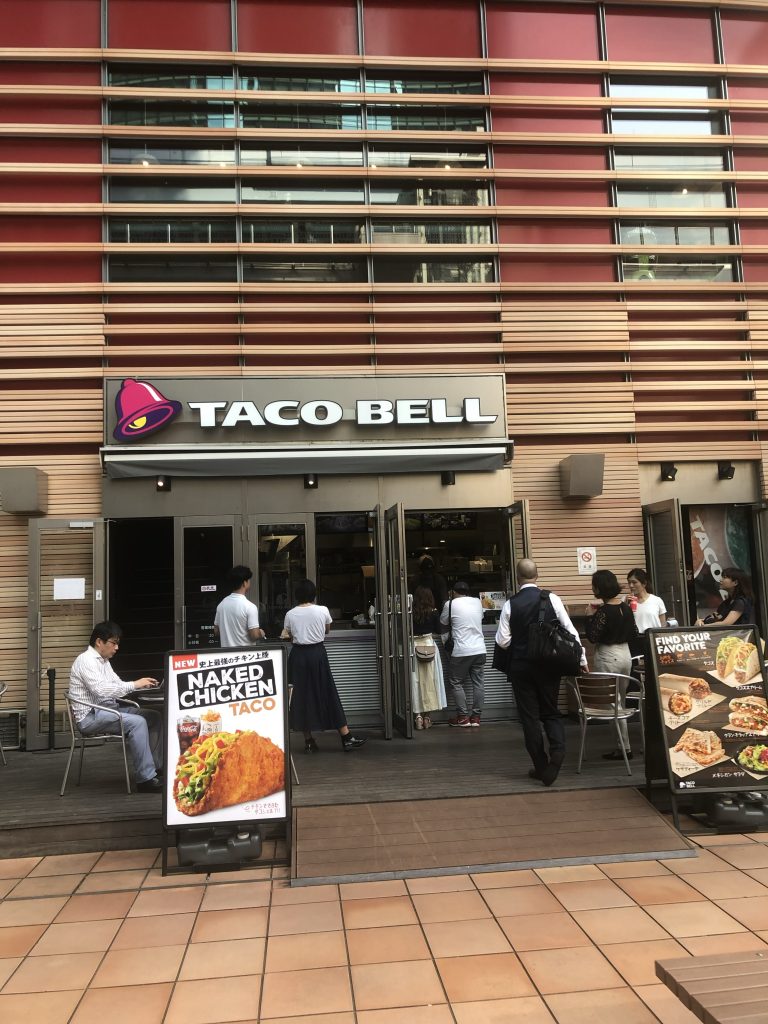 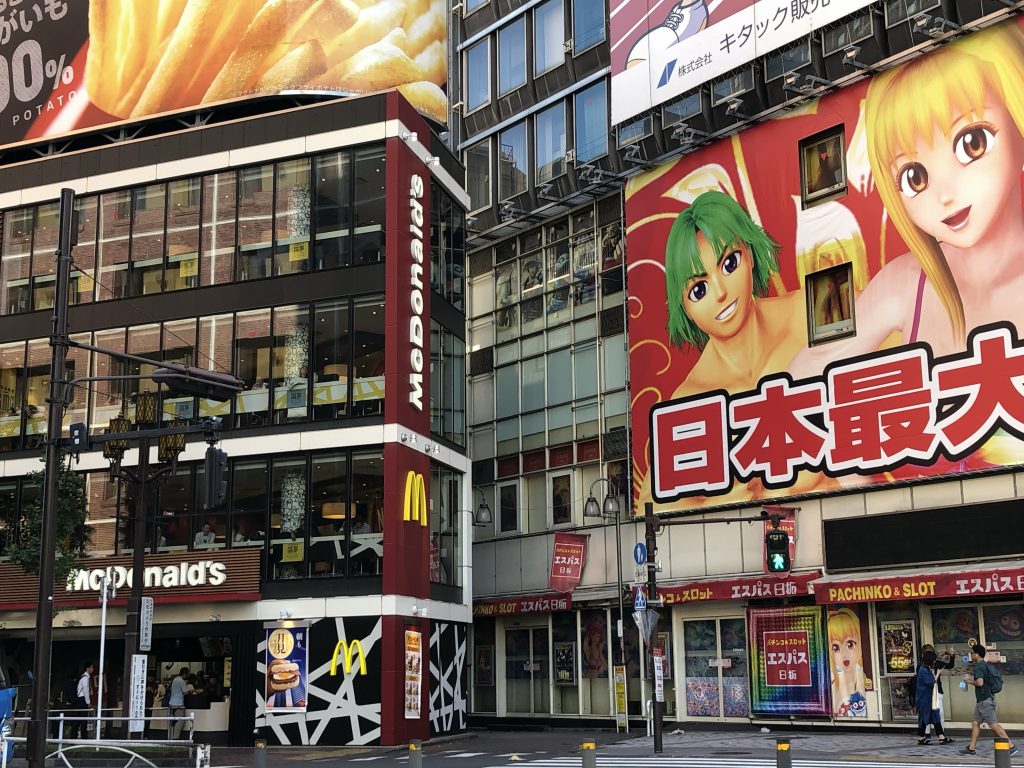 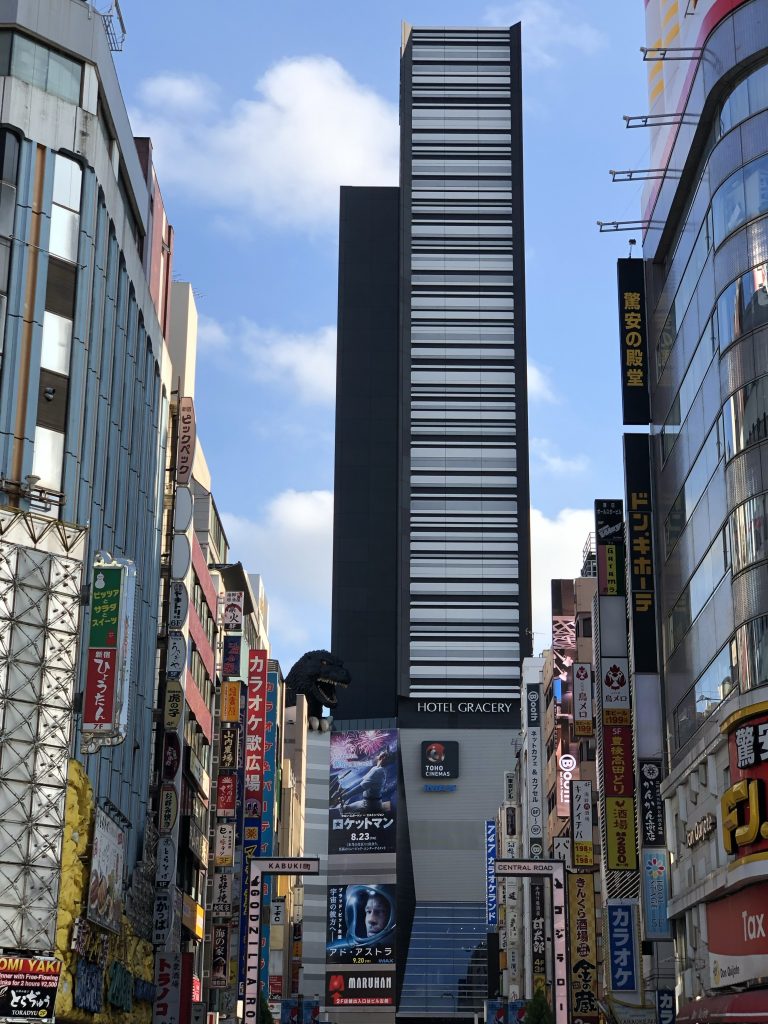 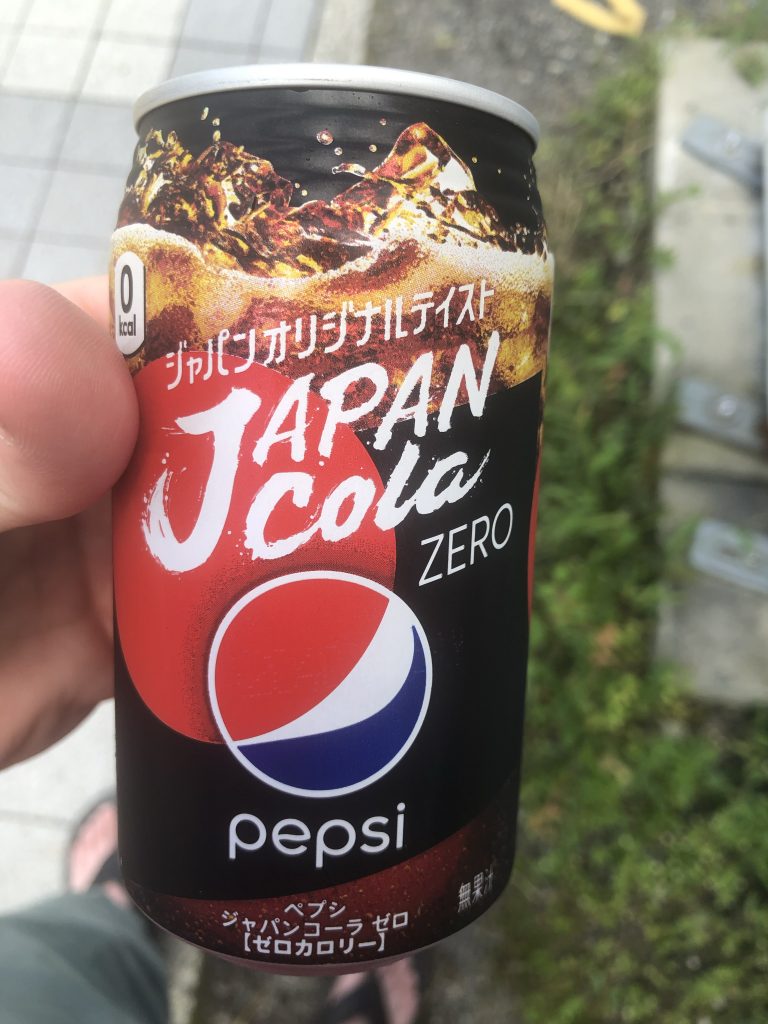 I love traveling and being able to play hockey in incredible places has been a dream come true I hope you’ll join me and the Draft Experience crew soon for some hockey playing travel adventures! You can find info on all the tournaments at TournamentCompany.com. And come follow the Beer League Players Association.