There are just some things in life that go together. Peanut butter and jelly. Cookies and milk. Beer and me. And for this blog’s sake incredible facial hair and hockey.

Facial hair is the inspiration for this week’s Bad Ass Beer League Jersey. If there is one thing that can get you recognized on the ice outside of your playing skills, it’s definitely a bad ass moustache. Introducing the Lip Sweaters! 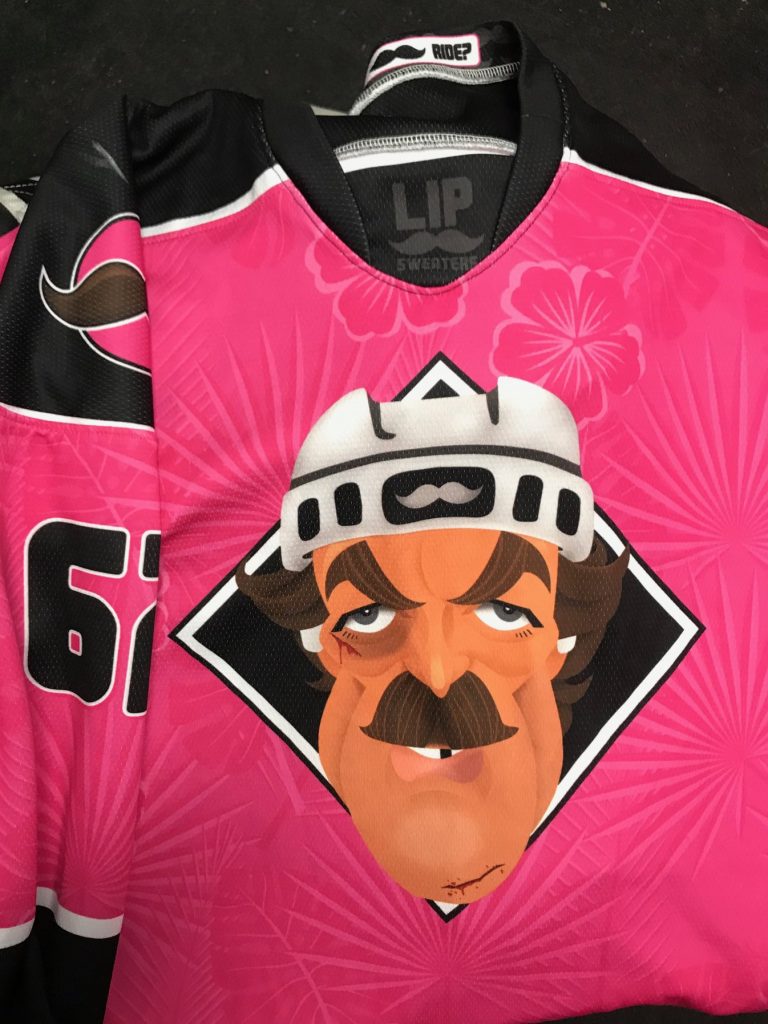 … And because these guys are pandering to our audience here…. Even a subtle sex joke for us immature beer leaguers. 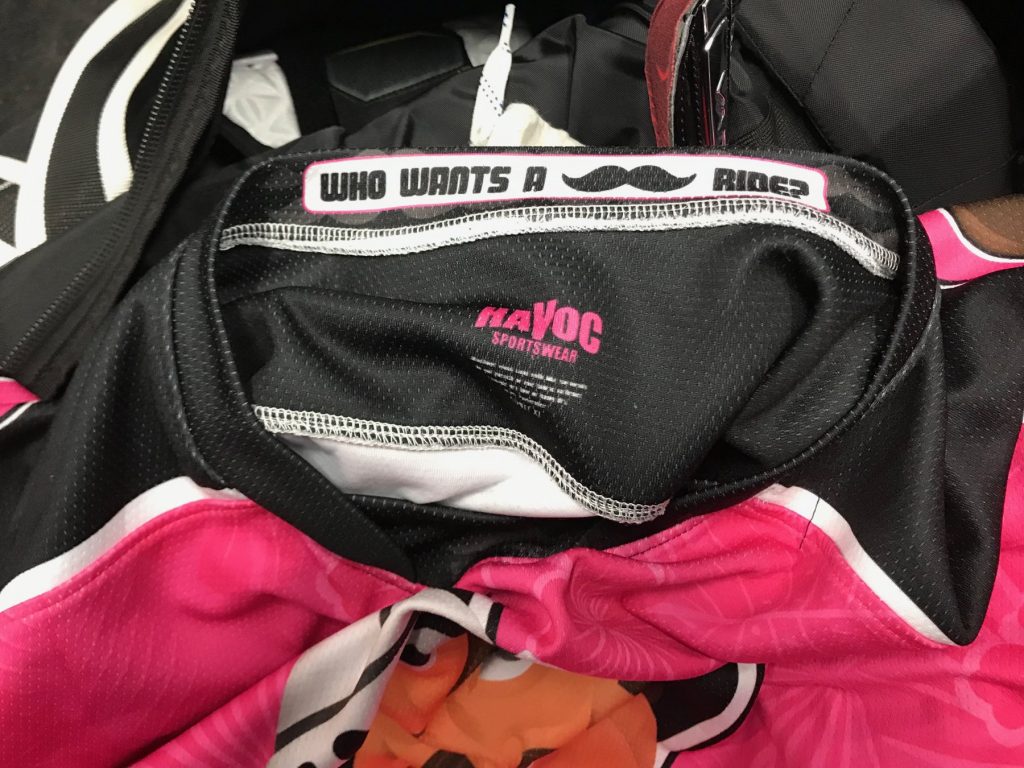 The Lip Sweaters hail from Los Angeles (ok, actually Panorama City), “a shithole outside of Los Angeles” (they said it not us). This is their story in their own words:

One night after a 10:30pm game, in a delirious state we came up with the name. We still liked our former name, “The Undead” but we decided a name & uni change was necessary since we had a bunch of new skaters on the team. We were either going to go classic and cool or the most ridiculous thing we could think of. We went with the latter.

The idea of the jersey design came pretty quickly when someone shouted “Lip Sweaters,” we knew that was it. And it had to have an image of Tom Selleck gracing the front, because when you think of a sweet ‘stache, who’s the first person you think of? And since we were going for ridiculous, our colour had to be bright pink. There was no other option. From that moment it was all systems go and the process of designing the perfect sweater was in my hands. Some necessities that had to be included in the jersey were, Tom Selleck, Pink, and Hawaiian Print… An ode to Magnum PI.

We found the cartoony image of Mr. Selleck online designed by Zack Wallenfang and immediately reached out to see if we could use it. He agreed and with a few hockey modifications we had our primary logo. Flash forward 4 weeks and our jerseys were a reality. Our team has officially been together since Early 2013 with 2 names, The Undead 2013-2017 (RIP) & Lip Sweaters (2017 – present). 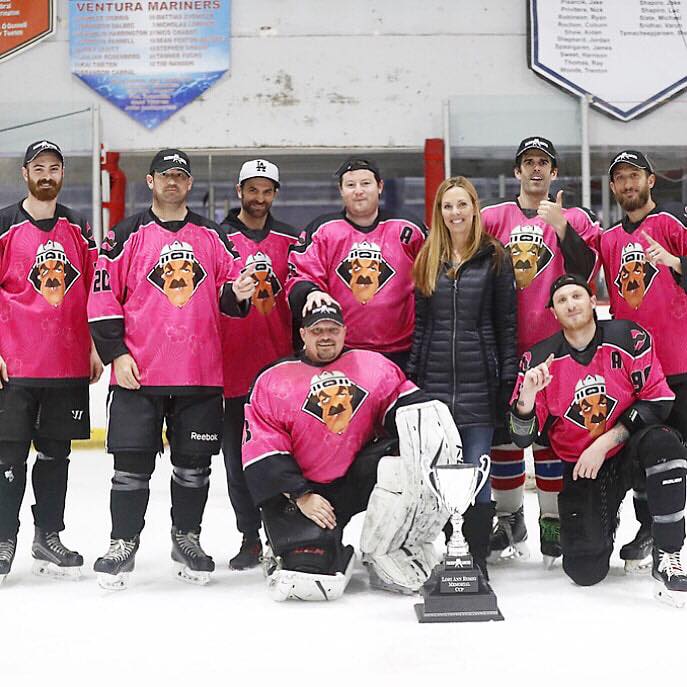 A fun fact about the team: For a few years, Justin Bieber would play at our rink and sub for whatever team he would like to, whenever he showed up. A pain in the ass but when you bribe the person that runs the league, you get to do whatever you want. He subbed for us and stole one of our jerseys… That bastard.

The Lip Sweaters plan to introduce a new jersey every couple of seasons with a different famous ‘stache. Our 2nd kit features Ned Flanders and at the moment we’re working on Hulk Hogan. 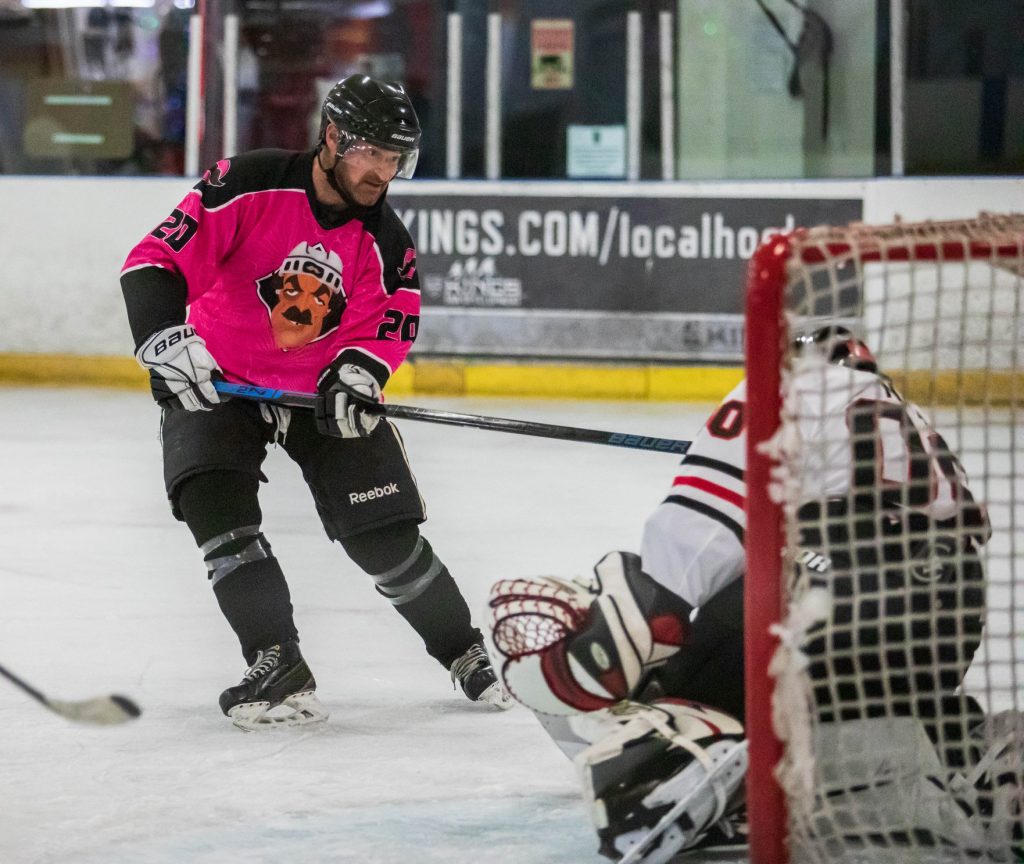 Do you think your team should be featured on the greatest hockey site in the world? Well shoot them a message. But if you want your jersey to be featured on our site? Tweet us