Huge fans of pop culture meeting hockey, especially when it comes to the jerseys. This week we are proud to announce that we have found one of the best beer league team jerseys in the history of beer league. It’s so simple yet so unique. Everything about it screams awesome… or DOH!  We have to imagine these guys score lots of goals as a result of the goalie laughing at being stared down by Homer. 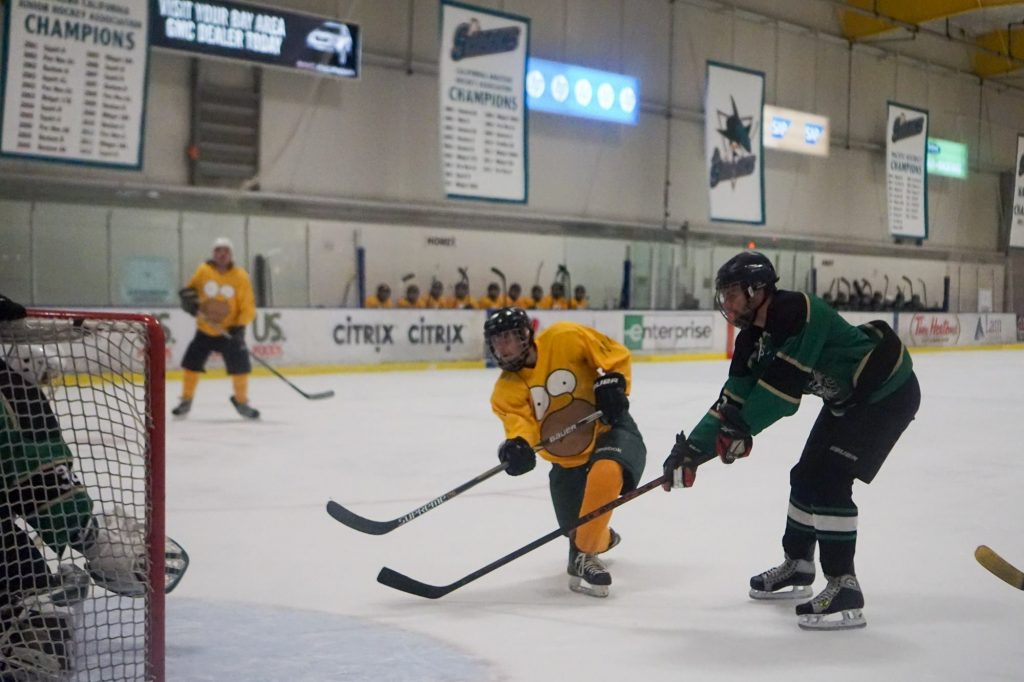 Homer’s player David Chan gave use the deets on his team. “We are a group of friends that has played on various beer league teams around the Bay Area since 2007. We started doing this CAHA (California amateur hockey association) tournament back in 2012 at Sharks Ice in San Jose. Every year we do a new theme and jersey and it’s been a great tradition. We have been The Charros (from eastbound and down, season 2), The Lumps (Lumpy Space Princess from Adventure Time), Towelies (South Park), and Kool Aid man. Our homer jerseys are by far our most popular, IIRC we were retweeted by someone who works on the show, so that was pretty neat. Along the way we have won 3 championships and been runner up twice. Winning of course is great, but the best part is all the great people we have met and lifelong friendships made along the way.”

Needless to say, these guys are a bunch a beauts. Let’s raise a class to them and their incredible jerseys! 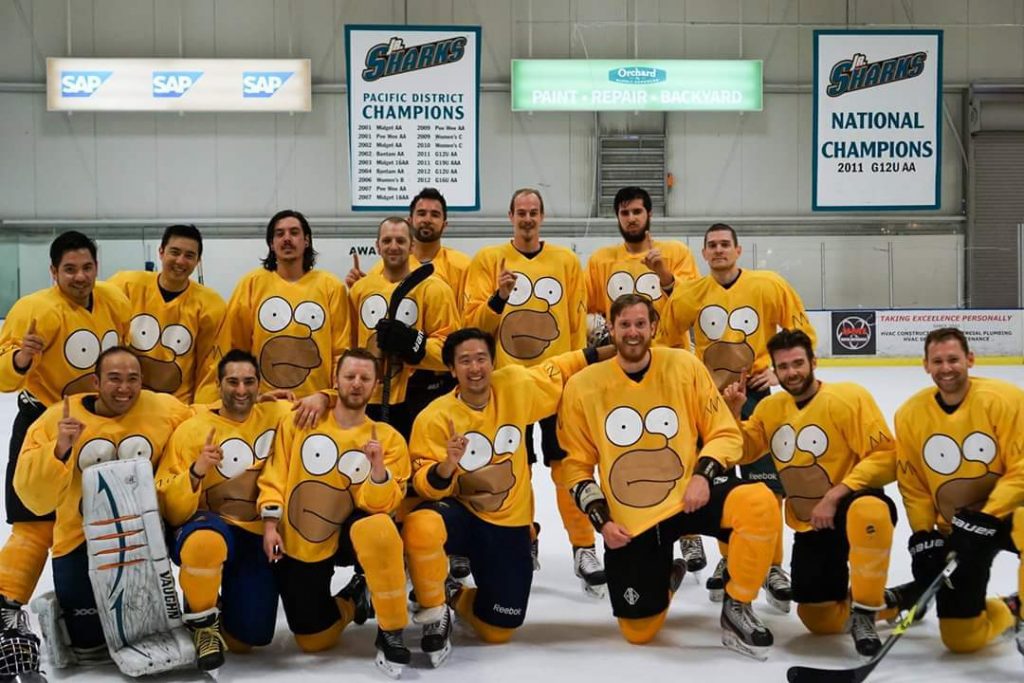 Long story short, If your team looks like trash it most likely plays like trash. Getting new jerseys = getting league trophies.

Here are more featured jerseys? Want your jersey to be featured? Tweet us