Before you read this… did you know we have a pretty fuckin awesome podcast? If not, now you do.

On to the jersey shit (literally shit)….

Sex references aren’t the only thing that make us adult adolescents laugh uncontrollably. Just like in Jr high bodily function noises are HILARIOUS too. Burps, farts, …. queefs ?!?! AND ESPECIALLY SHARTS.

Sharts are exactly why we are here today. The San Jose Sharts to be exact. We came across this team because they were coming to play against us in the Las Vegas Premier Hockey Tournament. Imagine my giddy joyous surprise when I went to check out their team Instagram and saw this jersey. 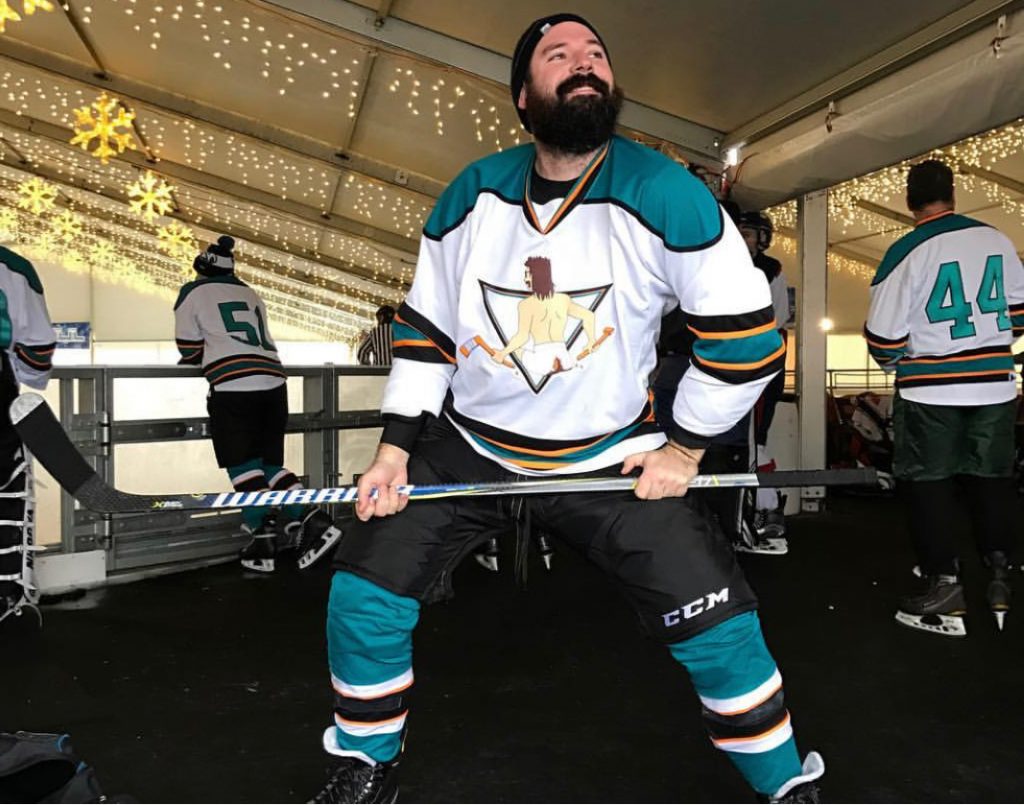 I knew right then and there they had to be on my website. Since I fuckin make things happen, here they are. I reached out to their official team page and got the deets on their team. Basically they are just like every other beer league team except they have a dude that shit his pants on the front of their jersey. I guess they aren’t like every other beer league team, they are better.

This group of dudes have been buds most of their lives and played hockey together growing up. They say being friends since high school days really contributes to the fun round the rinks. They don’t care too much about the winning… except winning prizes for having a bad ass jersey. Don’t let the not caring about winning comment fool you. These guys are still serious about their beer league. They are probably the only team that has written and recorded their own ice entrance theme song… and yes its on iTunes.

Their goal is to get a league or tournament to allow them to have a big entrance spectacle at an event. Just like the real San Jose Sharks they want to skate onto the ice through a big prop. Team GM says he wants it to be a big white sheet made to look like underwear.

.. Well boys ole Nicky will be your fuckin Huckleberry. In Vegas you’re skating onto the ice through underwear… sweet, sweaty, shart stained underwear. 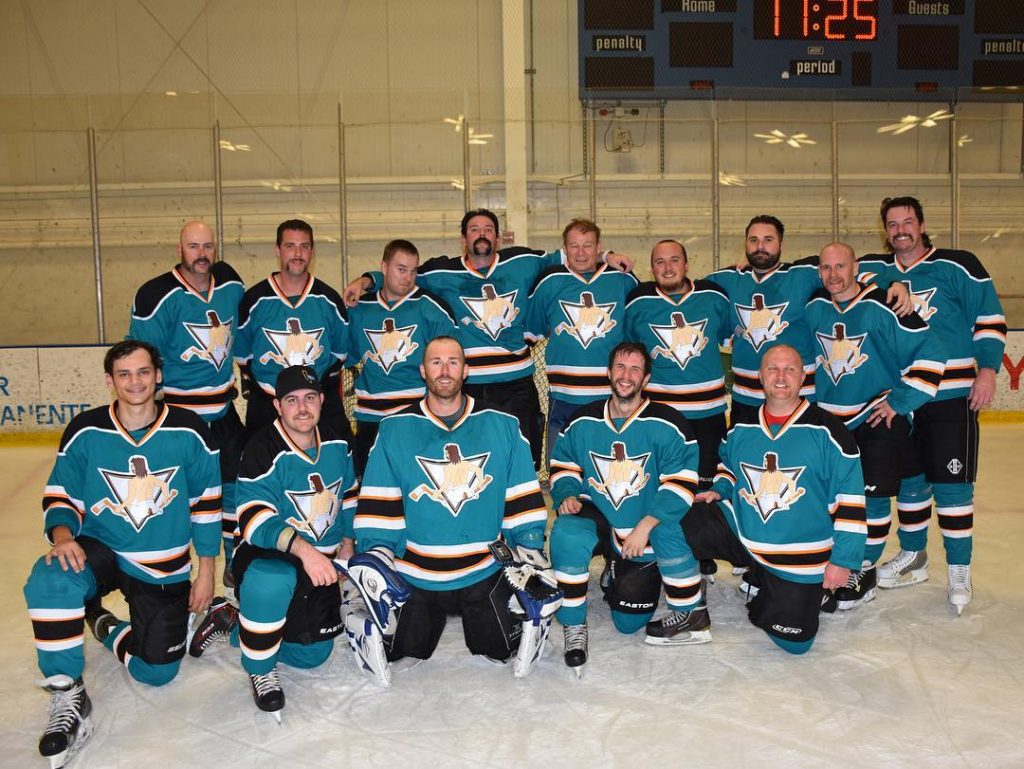 Do you think your team should be featured on the greatest hockey site in the world? Well shoot them a message but if you want your jersey to be featured on our site? Tweet us