By The Numbers – Gettin’ Your Skates Did

Unless you’re Chris Paul, you probably know and believe that the earth is actually round and dinosaurs are not roaming around. The thing is, how can you really tell the earth is round? It certainly seems like it is flat. The fact of the matter with such a large sphere is that the piece we are standing on is a giant flat spot in our perspective. The same phenomenon is true for hockey skates as well. The blade is actually curved to a large radius and that amount determines how much of the flat spot is in contact with the ice. These radii are usually measured in feet. For example, if you were to draw a perfect circle with an eleven foot radius and hold the one foot skate blade edge against the circle, that area would be the angle of the blade. So you can see how subtle this is. 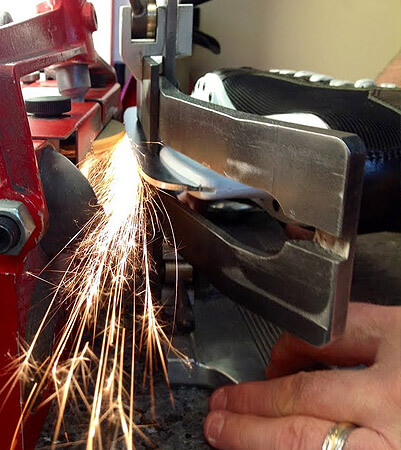 This curvature of the blade has a few different names. It may be referred to as the rocker or profile. Having this changed is often referred to as profiling. Different types and brands of skates will come with different profiles from the factory. Figure skates will usually be around 7’. Hockey player skates will generally be from 9’ to 11’, with goalie skates in the 28’ to 30’ range. Speed skates are very flat, with radii often over 40’. Only the center 60% of the hockey player blade is actually profiled. It is also possible to vary the balance point of the profile, which is the center of the radius. This may also be referred to as the pitch or pivot point. A neutral balance point is the center of the blade. This can be moved forward or backward to adjust the skating posture. A forward balance point will generally help with acceleration at the expense of balance, with a backward balance point achieving the opposite.

Most of us never explore our blade profile. We stick with it as shipped, often an eleven foot radius with a neutral balance point. While this is perfectly fine for most people, customizing this can help to improve your skating by highlighting your strengths. A forward may want a smaller radius with a forward balance point to improve speed and maneuverability. A defensive player may want a larger radius for more stability. Having less of the blade on the ice improves your agility by creating less resistance to movement. To have this adjusted, find a quality skate or pro shop that can help analyze your stride and then do the work on the blade. You don’t want to do this too often, as grinding a new profile into the blade is obviously going to reduce the life of the steel because it involves grinding. Periodic touching up of the original profile is not as intrusive and should be done. 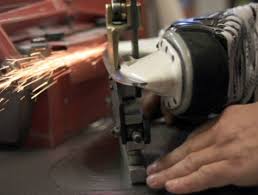 Then there is the routine sharpening of the skates. While most shops will just use their house standard if you don’t specify, there is a lot of variety here as well. Most skates are sharpened by cutting an arc in between the two edges, known as the radius of hollow (ROH). This is measured in inches. Hockey player and goalie skates are often sharpened with a ROH from 3/8” up to 1-1/2”. Figure skates are generally sharpened to 1”, and speed skates are COMPLETELY FLAT! This may lead you to the conclusion that a flatter ROH means you can skate faster, and that is completely true. But this may be at the expense of maneuverability.

The most common cut for the beer league player is 1/2″, which is often the house standard. This includes goalies as well. This is a pretty “sharp” or “tight” cut where you can feel the edges very well. Getting a deeper cut such as 3/8” will feel sharper, while getting a shallower cut such as 5/8” will feel duller (“dull” or “loose”). To put it in perspective, a fresh 5/8” cut may feel like a worn out 1/2″ cut.

In the NHL, however, the most common cut is much shallower, between 5/8” and 3/4″. Players in the NHL also get their skate profiles customized 100% of the time. Obviously they are very persnickety about their skates, as this is their livelihood. There is a picture floating around on the Internet that shows the skate information for the Pittsburgh Penguins, circa 2016. There are some interesting cuts:

Cuts 1” and above may sound extreme, but these players are so good at skating that it is their preference to maximize their glide at the expense of bite. It is also more common for a larger player to have a shallower ROH. A player that uses 3/8” will have the advantage when it comes to moving around quickly, which is why experienced goalies tend to use the deep cuts.

There is also another fairly new skate sharpening technology known as Flat Bottom V (FBV), pioneered by Blackstone Sports. With this method, the edge is created by cutting two angles into a flat valley. In the end, this looks like a standard cut with a flat bottom instead of an arc. There are pros and cons to this type of sharpening. The main pro is improved push and glide as you skate, and the main con being that you’re more prone to losing edges. This can lead to more frequent sharpening resulting in a shorter blade life. FBV is measured using two numbers (such as the most standard 100/50, the 1/2″ equivalent), which represent thousandths of an inch. The first number is how wide the flat bottom of the cut is, and the second is how deep that is. 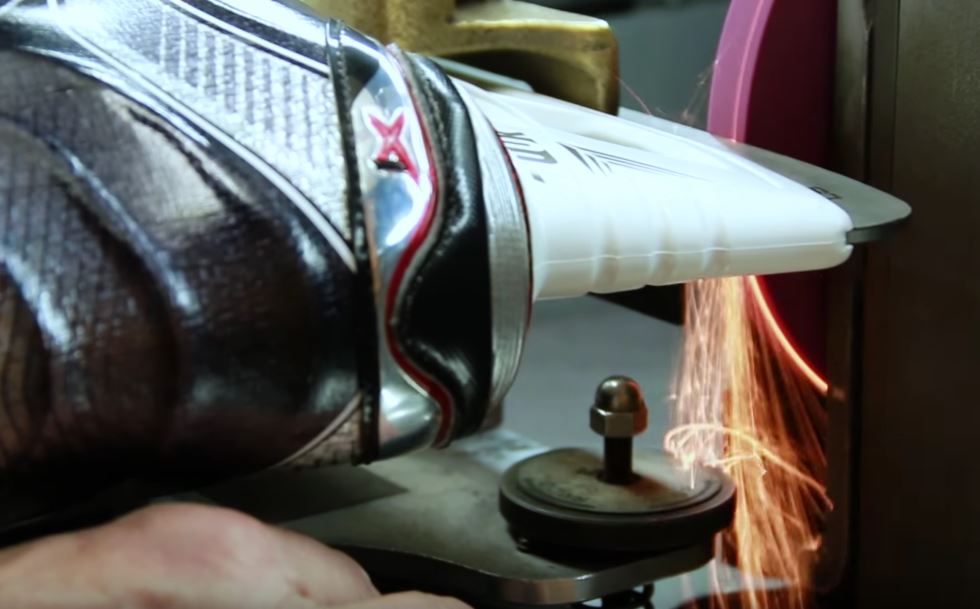 Next time that you get your skates sharpened, notice what cut you get. Think about if you’d want more bite or more glide next time. These preferences change as we get older. There was a time when I liked to use a 3/8” cut, but as my game has changed and as my pants have gotten tighter, I have gradually moved up to a 3/4″ cut. The skate shop will have to dress the cutting wheel to your preference (and they may grumble about it), but this is what you pay for in a sharpening. If you want to try to experiment with making your skates looser (higher ROH) or tighter (lower ROH), do it gradually. Move from 1/2″ to 7/16” or 9/16” first. Keep going until you find your sweet spot. Don’t take a simple skate sharpening for granted, addressing this can be one of the most important things you can do to become a better player!

If you enjoyed this read, please share this article! And check out the rest of the By The Numbers series here.

If you like what we are doing we’d be so stoked if you subscribed on iTunes, Google Play, Spotify. We’d be even more stoked if you were able to rate and review us too. Thank you beauts so much for the support.

By The Numbers – Flex That Hockey Stick

By The Numbers – What Does A Hockey Jersey Number Say?

Categories: By The Numbers, Hockey, NHL