Football’s Moneyball: Why you should never pay guys like Patrick Mahomes or Saquan Barkley a single dollar.

Football’s Moneyball Let me tell you why your team should never pay your favorite player, including Pat Mahomes, Dak Prescott, and even Saquan Barkley. So picture this, You’re in the movie Moneyball, except you’re a less attractive Brad Pitt, I’m a more attractive Jonah Hill, and this is about football. I’m about to tell you why every NFL GM is running their team incorrectly, and they probably know it, and they don’t have the guts to change it. Every year we see a new player become the highest-paid ever at their position. Most recently was Christian McCaffrey at runningback, before that was Kahlil Mack on defense, and Russell Wilson will be the highest-paid quarterback during the 2020 season bringing in $35 million.

As these numbers climb, the top quarterbacks and running backs continue to cripple their teams. How it works is, teams typically draft their quarterback in the first round, giving them a four-year contract with a team option for the fifth year. During this time, if the quarterback looks solid, you will see a team load talent around him as they push each season as far as it will go. Look at Wilson with Seattle before his contract, Rogers with Green Bay before his payday, or Big Ben with the Steelers before his massive payout. 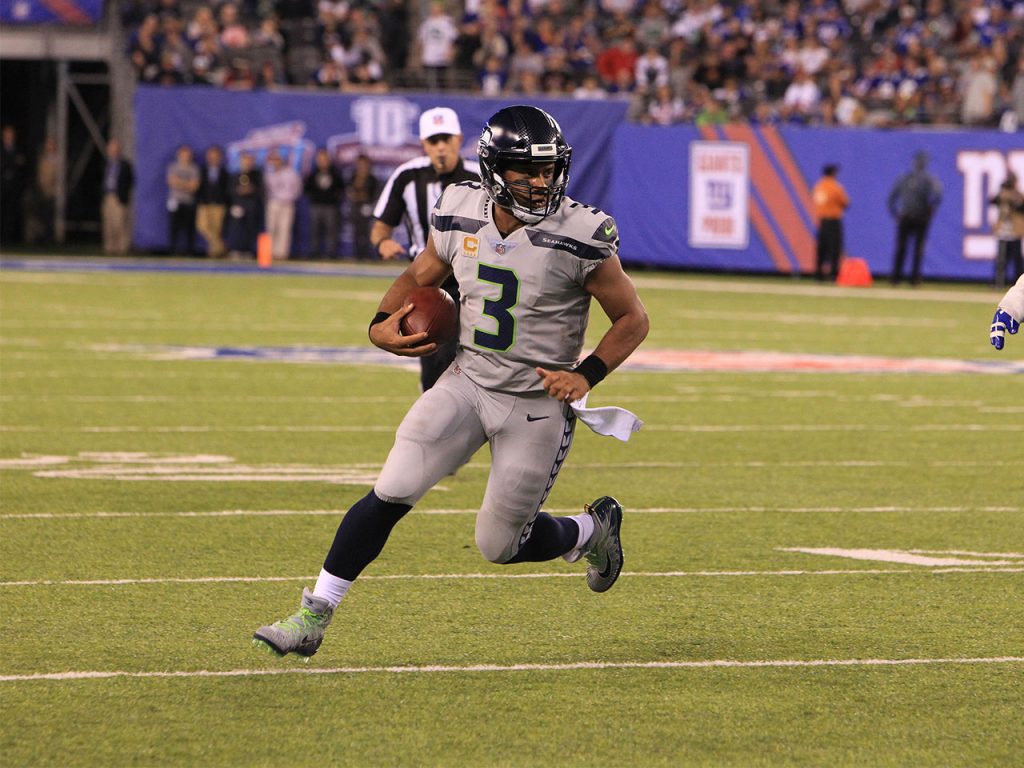 Then, when the end of the contract hits, and the quarterback gets rewarded as they should, the team loses a lot of talent that brought them success. Then the inevitable happens as it did once again last year. Of the top 10 highest-paid quarterbacks in the league, six did not even make the playoffs, and in 2018 the number was worse than that.

Someone needs to step up and have the Brad Pitt Moneyball audacity to let these guys walk. We have seen this done successfully with one franchise, and it was possibly the greatest dynasty in the NFL’s history. The reason the Patriots have been so great for so long is that Brady never took so much money that it hurt the rest of their team, and when it came to signing players that stepped up for them, they let them walk. When you have the job security that Bill Belichick has earned, this is what you get to do with it, and it works!

Of course, anyone would like to draft the next Tom Brady and give him checks with huge hometown discounts for decades while you build a dynasty, but we know that isn’t realistic. So here’s the solution, You draft a quarterback, or two (see Redskins RG3 and Cousins), and you play the best guy you can while he makes a standard rookie salary for four or five years. In the meantime, you put together a solidified offensive and defensive line that no one else can afford to put together then sprinkle in some top-dollar stars at the trade deadline when you feel like a Superbowl push is on the horizon.

That quarterback or runningback is going to look good. He has a stout line in front of him, a solid receiving core, and a high-paid defense ready to squander any mistakes they make. Then, when you are five years in, and your quarterback won you a ring, and every fan in the stadium has his jersey, don’t pay him, let him walk and draft another one or two to take his place.

I understand why NFL general managers are not doing this. Even in today’s sports, with all the analytics and salary analysis, there is too much money on the line to risk your job by taking an entirely different approach at something when the current way seems so apparent. The closest thing we have to a Billy Bean in the NFL is a guy in Boston who has earned that right, but if someone else steps up and takes these risks, I believe he would change the way teams are build in the NFL.