Often – I will put myself in situations where I end up being on the receiving end of jokes, simply because it’s funny. My skin is thick enough, and my life persectives are aligned just right where I don’t let stupid things bother me.

All of this may begin to explain why I had no issue buying a $34 mirrored hockey visor on Amazon, simply because twitter said I should.

This is for my game at Wells Fargo Center next week in Philly. pic.twitter.com/YQB35rsHhT

There were 151 votes. 85% of votes said to go mirrored. I am a man of integrity so I had that shit sent next day to my house. Why not, right? No more than 5 minutes after it was delivered I had it installed on one of my helmets and decided it was time for a little performance art. 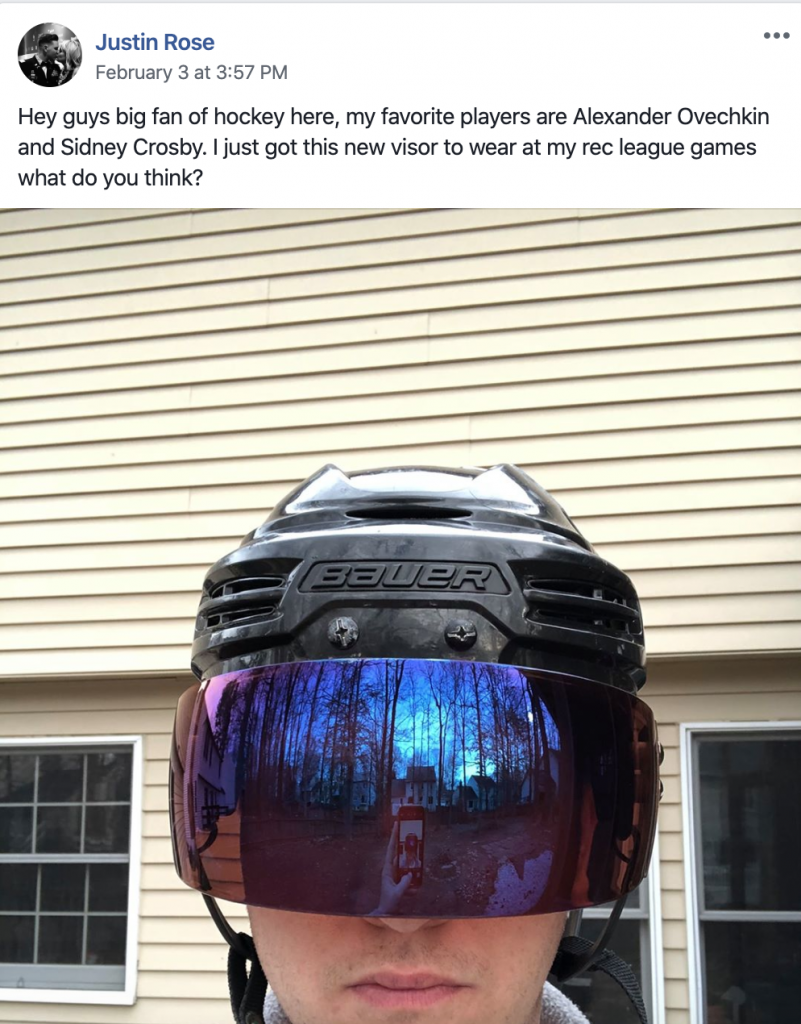 (sidebar – Crosby sucks and I kind of like Ovechkin. I’m a Bruins fan though, which means I’m both smarter and have better taste than most of you. Also, I’ve been playing hockey for 33 years. I know what is – and is not ok on the ice.)

Now here’s the point in the blog where I get on my soapbox before returning to the funny stuff.

Some of you, to put it kindly, are fucking embarassing. Some of you are funny and had some amazing chirps. The dude that photoshopped me into a fighter jet, and into Star Wars gets HUGE applause from me. That was funny as hell. The Letterkenny jokes were a bit overplayed – but I’ll allow it. 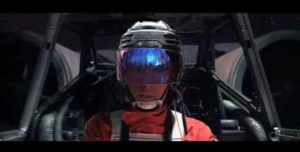 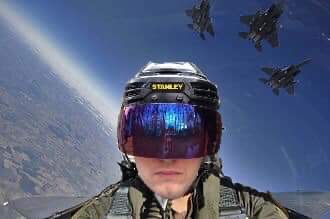 But to the numerous, NUMEROUS people who made “gay” or “ghey” jokes, or any jokes that danced around the premise of homosexuality – get a fucking life. You’re probably the same people that hashtag #hockeyisforeveryone when it’s trending, or #bellletstalk, but then you go make jokes like that? Re-evaluate how you’re interacting online. Those kinds of comments are not funny, they’re not welcome, and they have no place here. It’s punching down. It’s uncreative.  If you’re so unoriginal and unfunny that the only jokes you can think of revolve around that – you’re not. fucking. funny. And you really shouldn’t try to be.

Ok, let me step back off my soapbox and back onto the ice.

Thursday evening my disabled veteran hockey team (The District Warriors) had the honor of playing at Wells Fargo Center against the Philidelphia Flyers disabled warrior team. What a PERFECT opportunity to wear my new mirrored visor, I thought to myself, numerous times, unconvincingly.

See – unlike most of you cave dwelling benders – Veterans are notoriously sharp and funny with their chirps. We have a certain macabre sense of humor that makes the chirps extra vicious, but also extra funny. We can cut each other down just as quickly as we’re buying the next round and it’s always in good fun. Let me just say that the Philly Warriors did not disappoint in their chirps.

Here I am in all my glory just prior to puck drop.

Let’s check in with how I felt in the middle of the game:

Needless to say – I heard it all night long. It was awesome. There was not a single moment I skated past their bench and didn’t hear something from them. Every faceoff. Every stoppage in play. Hell I’m pretty sure someone even called me Daft Punk in the handshake line. The Philly team was much more successful in chirping me than they actually were at winning the game (got ’em) and I think my visor really brought them together. Their victory was chirping me, not playing winning hockey. Priorities though, am I right?

Would I recommend someone else trying this little experiment? No. I wouldn’t. It’s hard to stay on your game when you are the sole target of the other teams ire. I happen to not only be very handsome, very smart, and very talented – but I’m also very good at maintaining focus. It was fun though, and it was funny.

Even if some of you didn’t get the joke.