The Blues had a season to remember culminating in a Stanley Cup championship. The NHL just released the Blue’s championship rings and MY GOD THEY ARE BEAUTIFUL.

“The results of each playoff series and the opponent’s logo are engraved along the interior of the ring, as is the Blues logo. Directly beneath the logo, each player has their personal signature engraved. Also engraved is the name LAILA, which is found along the interior of the palm. A season-long source of inspiration, Laila played a central role in the championship journey shared by the organization and fans. The palm crest reads PLAY GLORIA in a nod to the legendary team rally cry.”

What do you think? 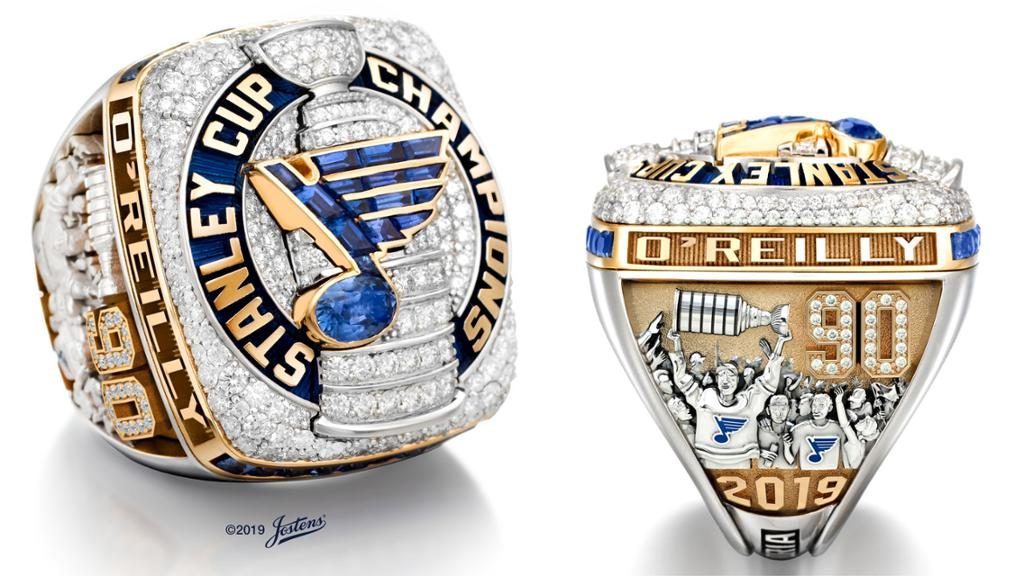