First let me show you a few hardcore BLPA supporters we have put in the game. Want to get in the game too? Follow our dyrstaty streams over on Facebook, Youtube, or Twitch. You should follow the Beer League Players Association at every social media network @theblpa

Keep in mind I didn’t edit any stats. I only changed the rostered players that were X.X to BLPA supporters names. 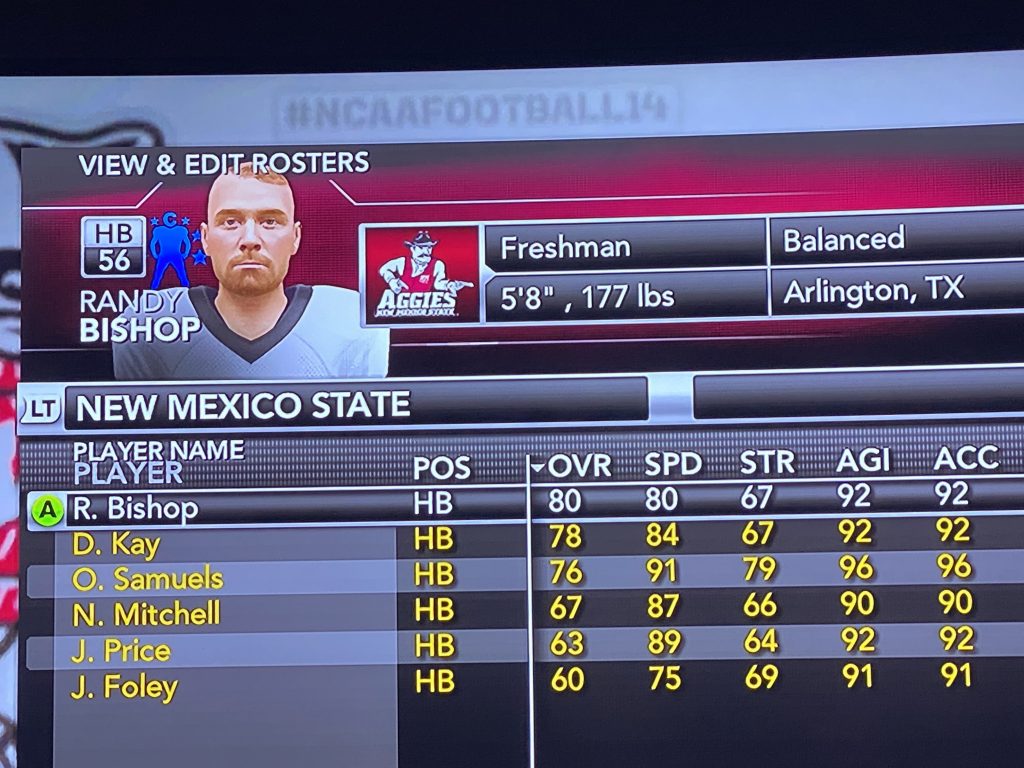 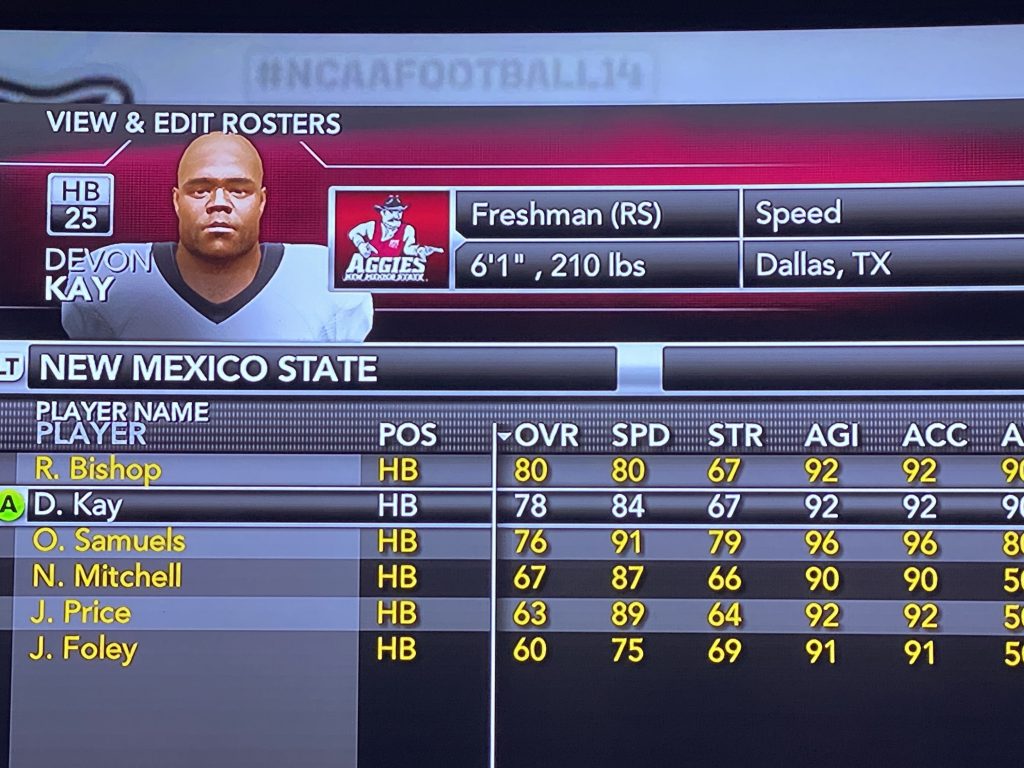 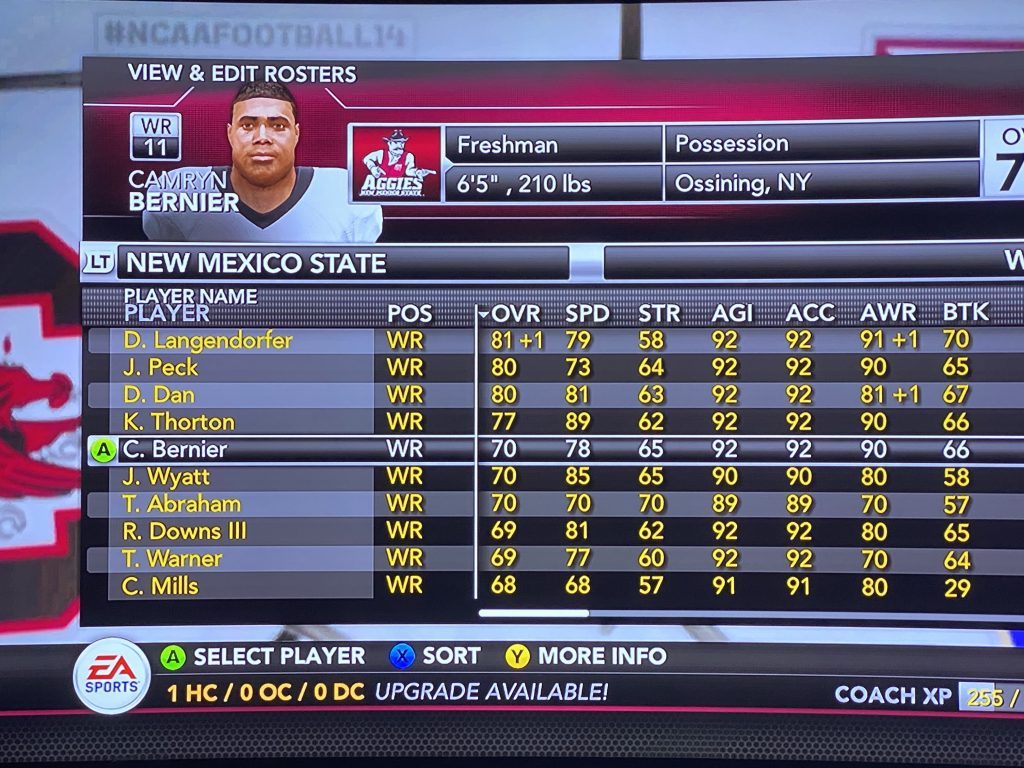 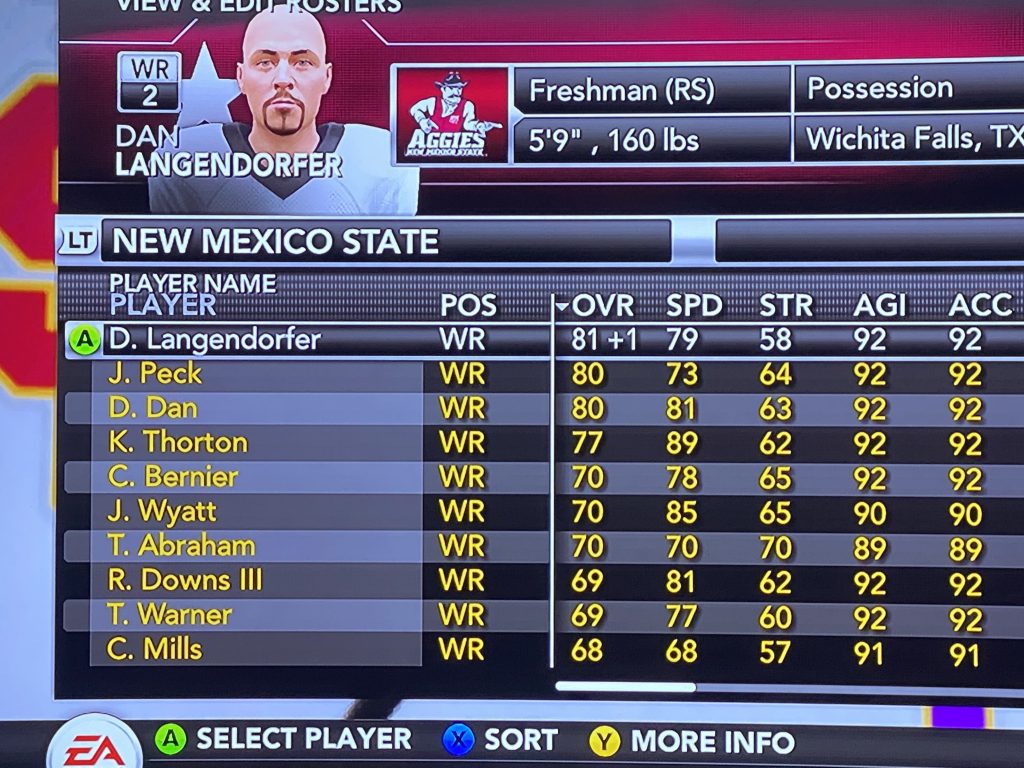 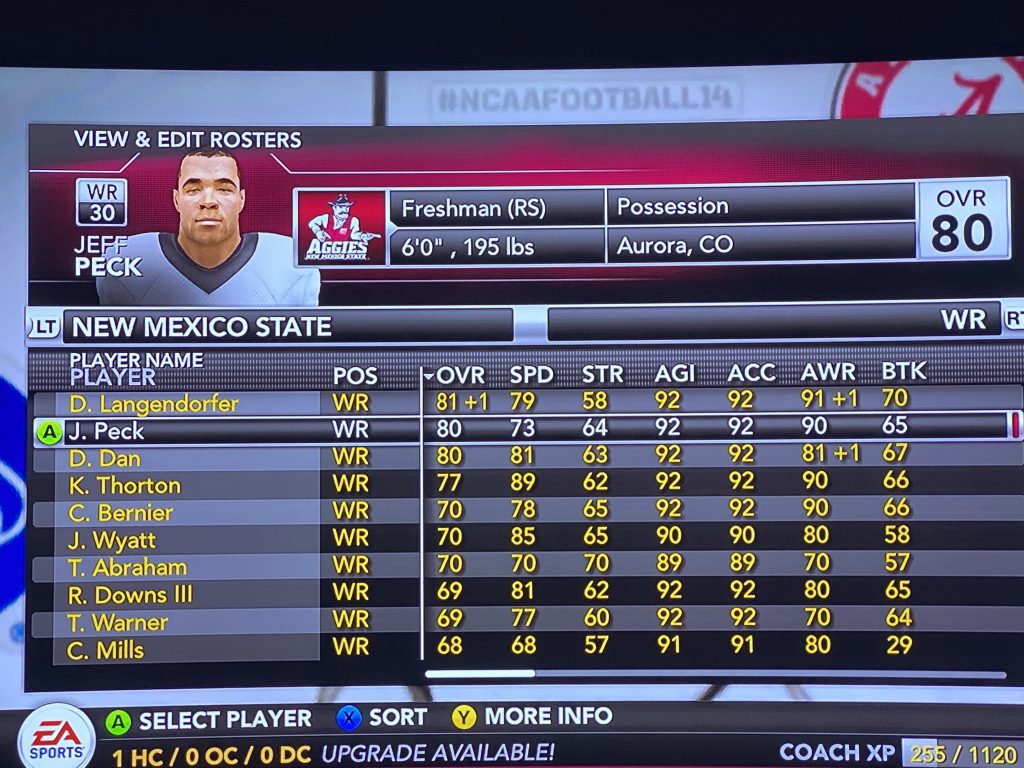 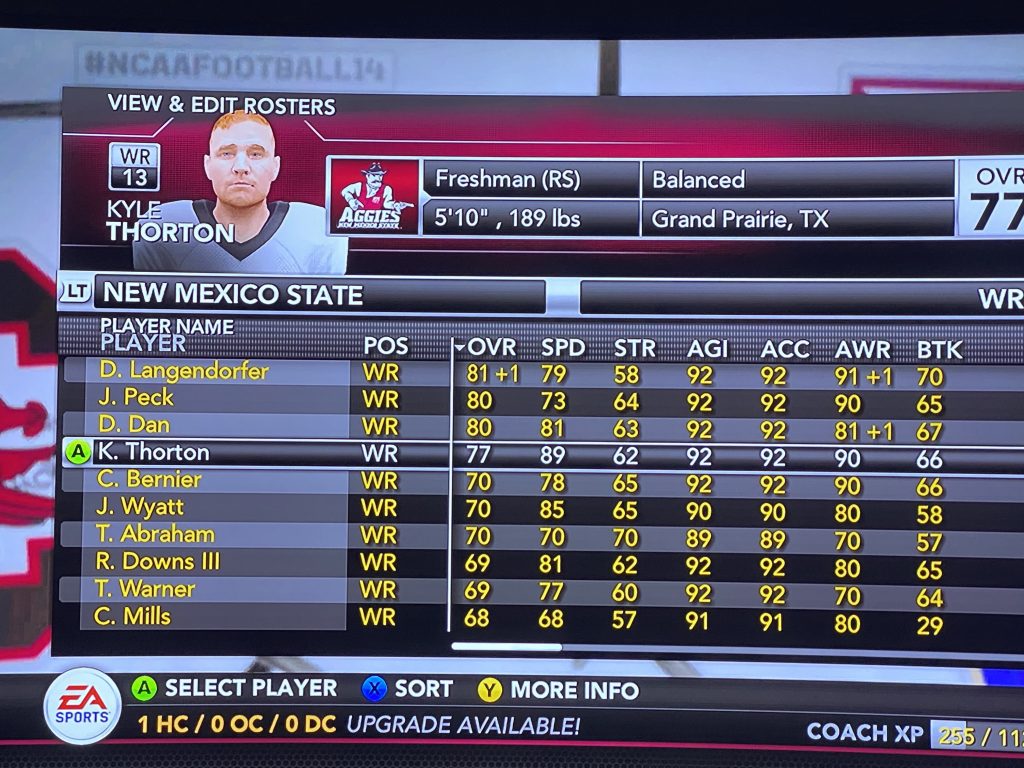 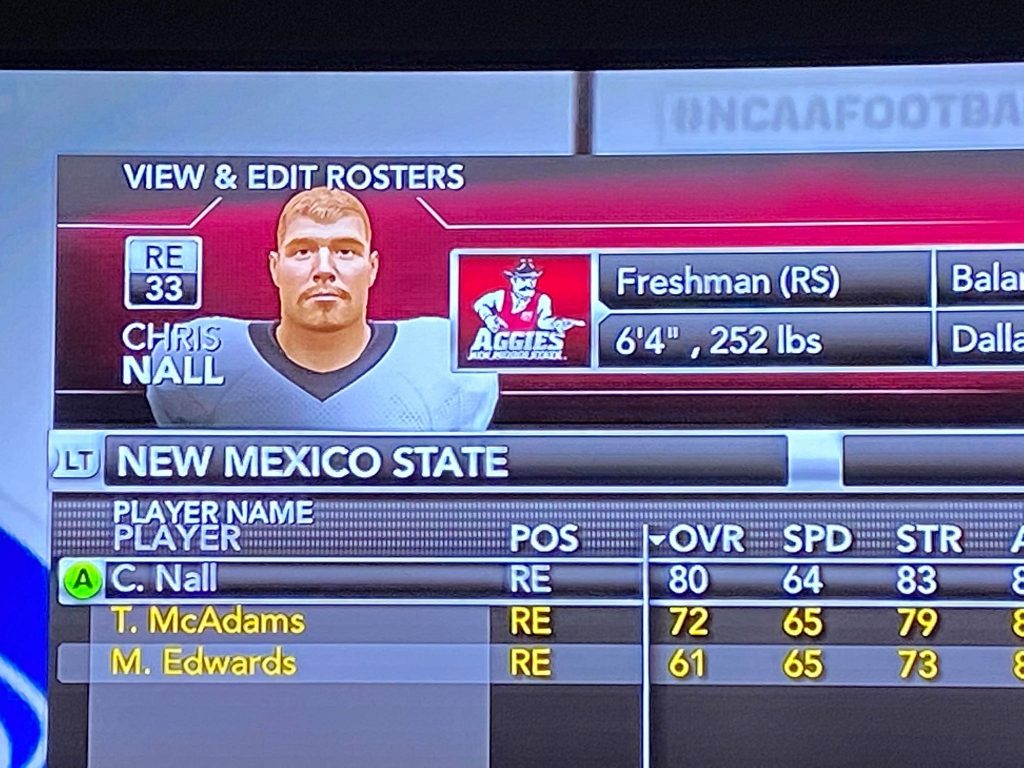 On to the game:

Prior to the game the Aggies staff had to make the hard decision to redshirt true Freshman walk-on QB phenom Nick Fleehart. (Hey it’s my blog and video game so I’ll call myself a Phenom) Nick was one of the X.X named players and he was rated 87. Why an X.X named QB rated 87 was put on the roster  in Las Cruces we will never know but no one here is mad about it. Head Coach Nicky Commish thought it would be a good idea to stash this stud  for a year as a redshirt to let him learn the college game. So basically the best player on the team won’t be playing for Beer League U this season.

Anyone have more beer? It’s gonna take a lot more than what we’ve got to make us forget that ass-kicking. The Texas Longhorns scored 1 minute into the game on a 37 yard run by their QB, Sam Ehlinger and never looked back on their way to a 42-14 romp. 42-14 was flattering.

While the Texas QB was unstoppable with 112 rushing yds, 188 passing yds and 3 total TDs the BLU Aggies QB, Josh Adkins threw 6 INT’s. If you combined Adkins, INT’s with his completions for the day he still would have have a COMP% of under 50%. Aggies head coach, Nicky Commish, said this is the type of performance that make coaches make rash decisions like brings a young QB out of redshirt to start grooming him.

Were there any bright spots to Beer League U’s first game? Well… No one died. But in all serious running back Randy Bishop had 48 yards on only 6 carries and standout wide out Big Jefe (Jeff Peck) had 6 receptions for 101 yards and 2 TDs on the offensive side of the ball. On defense R McGraw II and X.X had interceptions. 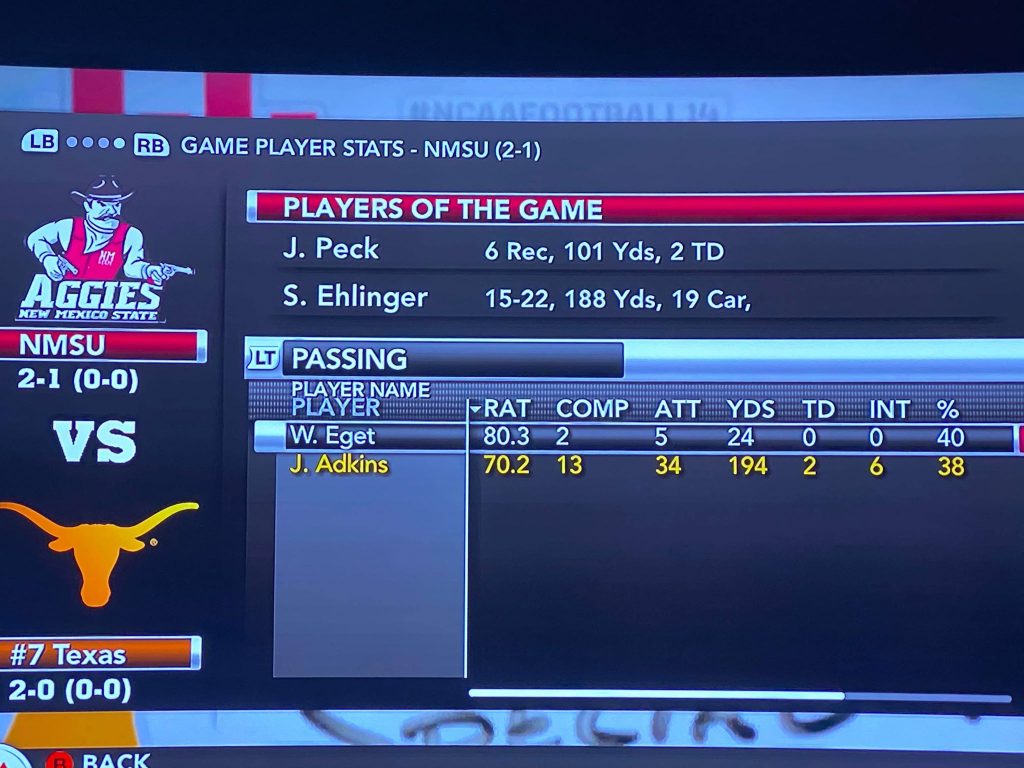 The real question is,  how much can a bunch of beer leaguers improve in one week? Week #2 doesn’t get any easier because Minnesota is coming to Las Cruces. Can the Aggies catch the Gophers napping or will they need more beers than this week to nurse their ass whoopin?

See more in the Beer League U series